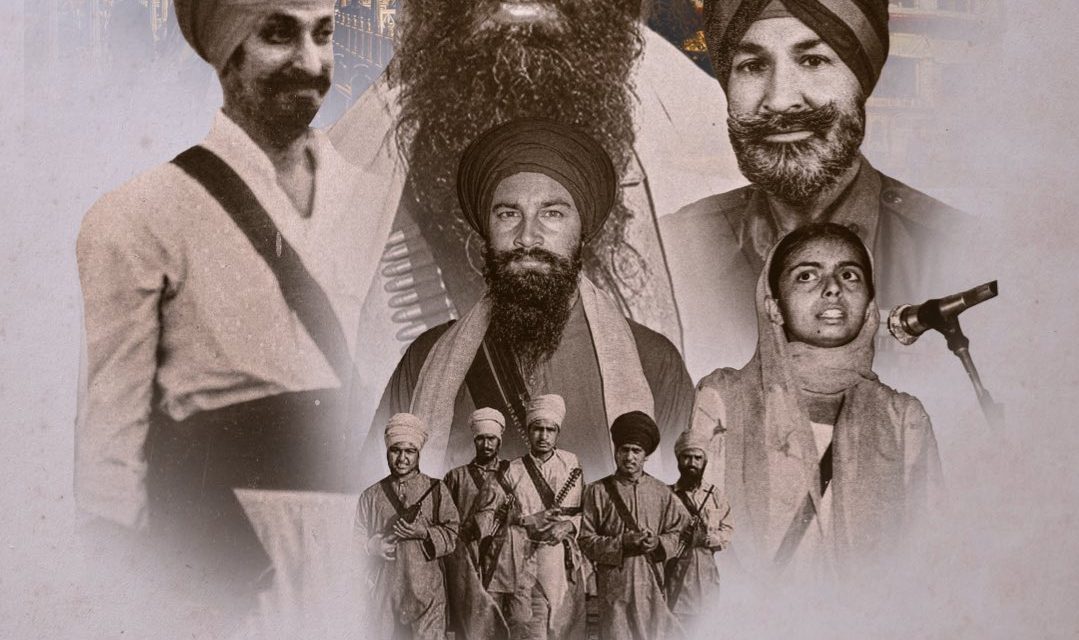 A new feature-length documentary on the invasion of Darbar Sahib Amritsar in 1984 is being released with screenings taking place this summer across the UK, Canada and the USA. Produced by the Khalistan Centre, ‘Battle of Amritsar’ is directed by Shamsher Singh, with production credits going to Deep Singh and Wootz Films respectively, and the executive producer role helmed by Moninder Singh. The film is projected as an in-depth exploration of the event like no other before it, avoiding the tricky path of scene setting and justifications, to focus on how the events of 1984 should be seen as part of a wider struggle of the Sikh people from which strength can be drawn and a future pathway set. An invitation-only screening in west London provided the opportunity to review the work on the big screen in advance of public screenings.

Like much of the documentary work in this area, ‘Battle of Amritsar’ is centred on key interviews to aid a retelling of the story and engage in the viewer in the happenings. A range of personalities provide eyewitness accounts – such as the moving testimony of Bhai Mukhtiar Singh Mukhi on the shaheedi of Sant Jarnail Singh Bhindranwale and General Shabegh Singh – and valuable insight through a Sikh lens – such as that of historian Bhai Ajmer Singh who illustrates how the actions of Sant Jarnail Singh Bhindranwale should be interpreted. The length and tone of interviews keeps the viewers attention without overrunning and is well matched to the other elements of the work.

Technically, ‘Battle of Amritsar’ has great artwork and visualisation throughout. This when coupled with the excellent storytelling makes for mesmerising viewing, exemplified best by the segment showing Bhai Mengha Singh attaining shaheedi at Baba Atal Sahib. Not only is the perspective of other Sikhs watching him poignant, but it’s expert depiction elevates this well beyond other productions on the subject matter. The drone footage and interactive graphics are similarly outstanding which help to make this the most professionally produced work on the subject matter to date, with the map detailing the battle pinpointing deployments and strategic points a particular highlight.

Stock footage has been remastered with excellent sound quality – a detail overlooked all too often by storytellers in our community – and this adds to the authenticity of the audio as a whole. The producers have described the work as “an artistic tapestry that seeks to capture the soul of Sikh resistance” and the sound most definitely provides the backdrop for such billing with haunting and rousing melodies alike.

Whilst other forays into covering the events of 1984 have produced stellar work such as Kanwar Sandhu’s ‘Untold Story‘, their production values left a great deal to be desired, as did the length of what was admittedly a series and not a feature. At two hours and thirty-seven minutes long, ‘Battle of Amritsar’ seems like it might be a lengthy, perhaps overbearing watch in one sitting. However, from the advance screening that was not the case at all. That there was a brief intermission helped and one would expect this to be the case for public screenings but even if not, the story moves along in such a way that the viewer will find themselves glued to the screen more than glancing at the time. There are accounts from the documentary that won’t be universally agreed upon and as such there might be some viewers who question the degree to which they appreciate the work. That being said, finding a flawless narrative is nigh on impossible with so many viewpoints and angles at work. Upon leaving the screening, all but a few will agree that ‘Battle of Amritsar’ lives up to the promise of ‘something the like of which has not been made before’ and we would urge every Sikh who can to get their tickets to a screening soon.

More information about the film including tickets to screenings can be found at: battleofamritsar.com

‘the sun and her flowers’ – rupi kaur