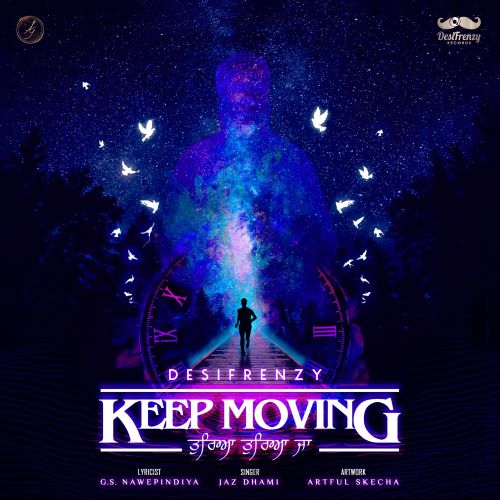 DesiFrenzy is a moniker you will have come across in the music scene over the last few years, perhaps without knowing too much more about the artist himself; it is the name and social media handle for the most exciting remixer and in-demand DJ in Punjabi music today, who has gradually built a considerable following of fans through Youtube and Soundcloud. For some time he has teased his audience with the promise of releasing original work and despite the difficulties that came with doing anything in 2020, the launch of Desi Frenzy ‘the producer’ is officially here with a simultaneous music and video release of ‘Turiya Turiya Ja’ featuring Jaz Dhami.

I’ve been a fan of desifrenzy for over a decade having come across his remix work back on myspace around 2009. I was first drawn to his choice of song selection; unlike many other burgeoning young wannabes in the Punjabi music industry, DesiFrenzy had opted for folk songs of a more classical vintage, and one of these remixes stood out in particular – ‘Man Matiyan’ by A.S.Kang. Not only did it showcase his talent to sonically enhance an existing song, but the choice of artist and lyrics hinted at a producer’s mind whose reach went beyond music alone. Fast forward to 2021 where with a sizeable collection of lauded remixes to his name, umpteen live DJing performances, and a legion of fans across the World, Desi Frenzy has finally come of age releasing his first work as a producer. And true to form it’s a doozy of a music and video to launch with.

‘Turiya Turiya Ja’ is a song made in the Midlands with lyrics penned by the upcoming G.S.Nawapindia and the vocal talents of the young-veteran Jaz Dhami. The range of live instrument performances on the song, coupled with the mastering completes an influential UK-sound for a Punjabi song that is being enjoyed internationally. As a song in its own right it is a rarity; a dharmik geet that touches upon a sensitive subject, devoid of the usual awe-inducing ferocity of Punjabi-Sikh lyricism and accompanying masculine-dominated video. Opening with the 40th pauri of the Anand Sahib, the song moves along at a leisurely pace, raising the spectre of unfulfilled dreams and broken plans but returning at every chorusline to the bigger picture and ultimate message of the song: keep moving. For the Punjabi and the Sikh alike this means to do so with Guru Nanak in mind, along his path, but colloquially speaking the main line projects Guru Nanak as the guide for all humanity who will never leave your side even when all others do. To keep moving is to acknowledge that life (and death) is a vaster concept than one we perceive.

The music video directed by Balinder Singh Deo from the US follows three separate stories that crossover into a singular space and ultimately, a single simple message. We see a young patka-wearing boy bullied for keeping his kesh pushed to question whether he should retain it; a wife and daughter-in-law struggling to deal with her inability to conceive a child facing the inquisition personified by her mother-in-law; and finally a grieving grandfather fixating on the boxed gift given to him by his now deceased granddaughter. The journey for all three characters in the eight plus minutes of the music video mirrors the theme of the song, depicting the anguish that comes from trying to deal with such events on our own; it is important to see the bigger picture – that with pain comes joy and vice versa – but that to keep moving needs us to open up, to share our struggles and our successes. It would have been easy to get this video wrong and add it to the plethora of cliche music videos created in the Diaspora, but there is a touch of class that makes this work, just. It’s worth a dedicated watch to catch the attempts at subtlety, or is otherwise dismissed if watched in the background.

Talking about mental health issues is less of a taboo than it was in society just a generation ago, but there is still some way to go. In South Asian circles it is a trickier proposition still, due in no small part to our widespread settlement across the globe and the ensuing cultural differences. Thus encouraging members of the Sikh community to open up about everything from what their aspirations are to what is weighing them down is very welcomed. But with ‘Turiya Turiya Ja’, Desi Frenzy and his team of collaborators have gone one step further by associating the need to open up about our mental health to the way in which being a Sikh is to quite literally walk along the path of Guru Nanak. All too often mental health issues within the Sikh community are removed from the cultural environment that otherwise is part and parcel of every day of our lives; there are no easy answers or simple signpostings that can be made, but ensuring that Gurmat is a part of the conversation to help those Sikhs who open up about their mental health issues has to be a must for the musical ambassadors of the community at the very least. For me, this was the most enjoyable element of the song, even if I’m guilty of over-thinking it.

It’s not often that I’d be compelled to write a review of a debut release by a producer in the Punjabi music industry, but this one has been a long time coming. I consider Desi Frenzy a respected acquaintance (one whom i’ve been fortunate to work with in Punjabi Folk dancing circles) but before that I am first and foremost a fan of his music – of what he has created so far, but more for what he has yet to produce. An artist worth their salt is equally troubled and inspired; driven yet patient; true to themselves. The journey to reach this point is one that only Desi Frenzy and those closest to him will truly appreciate, but that he is here now is what I have been waiting for since the days of MySpace. May he continue to ‘Tureya Tureya ja’. 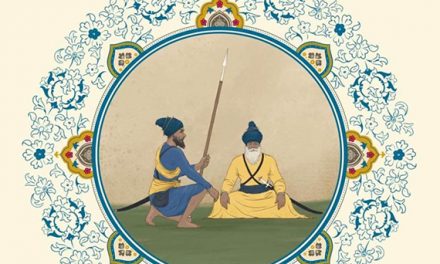 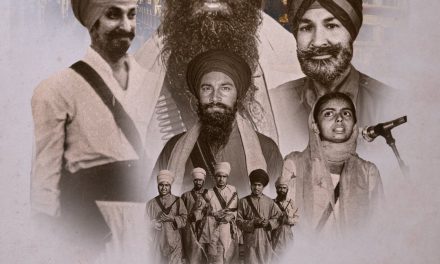