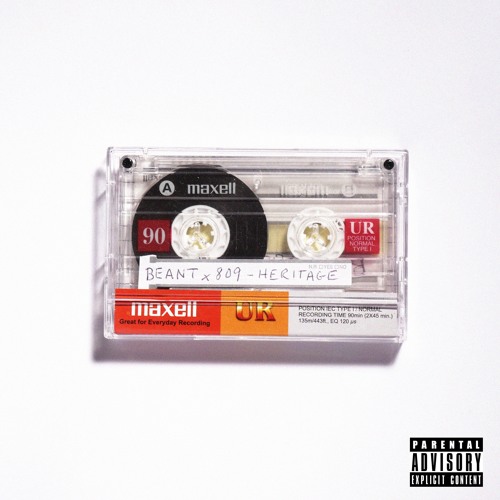 ‘Heritage’ is the debut album by Beant Singh, a young rapper from Warwickshire in the UK. The album is produced by Jack Homer and has been released for free-to-air streaming on Soundcloud by 809 Records. I had not come across this fledgling artist before, but having received a generic release message to listen to the album felt that it warranted a review. Why? Read on.

‘Heritage’ consists of fourteen tracks rapped by Beant, all produced by Jack Homer. It was difficult to glean too much by way of biography about either individual, but it’s a fair assumption that they are in their late-teens or early twenties, and have produced music for public consumption for the first time over the course of the last year or so. The album was published to Soundcloud on 26 January of this year and has garnered a few hundred listens to date. It would be easy to conclude that this work is not dissimilar to a lot of other material online produced by burgeoning artists aiming to become full time musicians; but such a dismissive attitude would disregard what I found to be an enjoyable work with elements of real talent shining through.

Beant’s rapping style is refreshingly authentic, representing the accent and dialect from his part of the World. His tone is good and asserts a relaxed flow of lyrics that range from the politically-motivated to the mundane existence of Millennial youth. Some of the lyrics stand out as you listen to tracks like ‘Waiting’ and ‘Smile’ hinting at the talent that Beant clearly possesses as a writer. Whilst he has a good grasp of jumping between lyrical phrases, occasionally his timing seems laboured and can make a verse or two appear as if they are being dragged to completion. But from a debut release that is something I would only expect to improve with both time and more experienced direction of his vocals in the studio.

The album is classed as ‘rap/hip hop’ on Soundcloud, but the music takes a walk through what I warily call ‘pop’ – it’s not pop, but have a listen and you’ll see what I mean. The melodies and riffs are bright-sounding, providing an upbeat backdrop that reflects Beant’s lyrical style well. I found myself clicking through to hear the producer Jack Homer’s other work and again there are hints of what could go on to become professional talent. The usage of samples was thoroughly enjoyable from dominating tracks like ‘Backwards’ to showcasing some of their influences as in the ‘Outro’ track. The bass lines overpower the lyrics on occasion, but on a fourteen track debut album that can be forgiven.

The music painted a picture in my mind of the sun rising across the sea from a grey-clouded beach in England – it screamed ‘made in England’ at me which can’t be said for a lot of millennial hip hop that I’ve experienced. It’s clear they’re not city kids from Birmingham or South London and that they don’t shy away from that in a music scene dominated by (false) perception is to be celebrated.

Clearly the Punjabi-related lyricism had a lot to do with me writing this review, but once you’ve heard the album all the way through you’ll see it’s not replete with ‘child-of-immigrant’ themes or heavy going gestures. But at the same time it’s not vapid – it’s just an enjoyable work of music. Like a lot of early releases, the entire work could do with professional mastering and some direction in the studio to tighten certain instruments and levels. But it’s not like they’ve put this out on iTunes for you to pay for – it’s free to listen to so Beant and Jack can put themselves out there: “here we are, this is what we like doing”. In the future I’d hope to hear more of their work particularly tracks like ‘Spread your wings’ that feature additional vocals from Abbie Evason, contain memorable samples and build a narrative that would work well put to video.

There are three other artists who feature: Leila O’Hara, Morgan Scriven and our old friend Singh Mahoon. But this work is intrinsically about the rapper and the producer. This is music to play in the car with your friends on a road trip, or on your headphones in the library whilst revising, or as you clear out the garage out on a holiday weekend. Click through to give it a listen now and expect to hear more from these two, as Beant Singh and Jack Homer are going places.

‘Heritage’ is available to stream on Soundcloud.