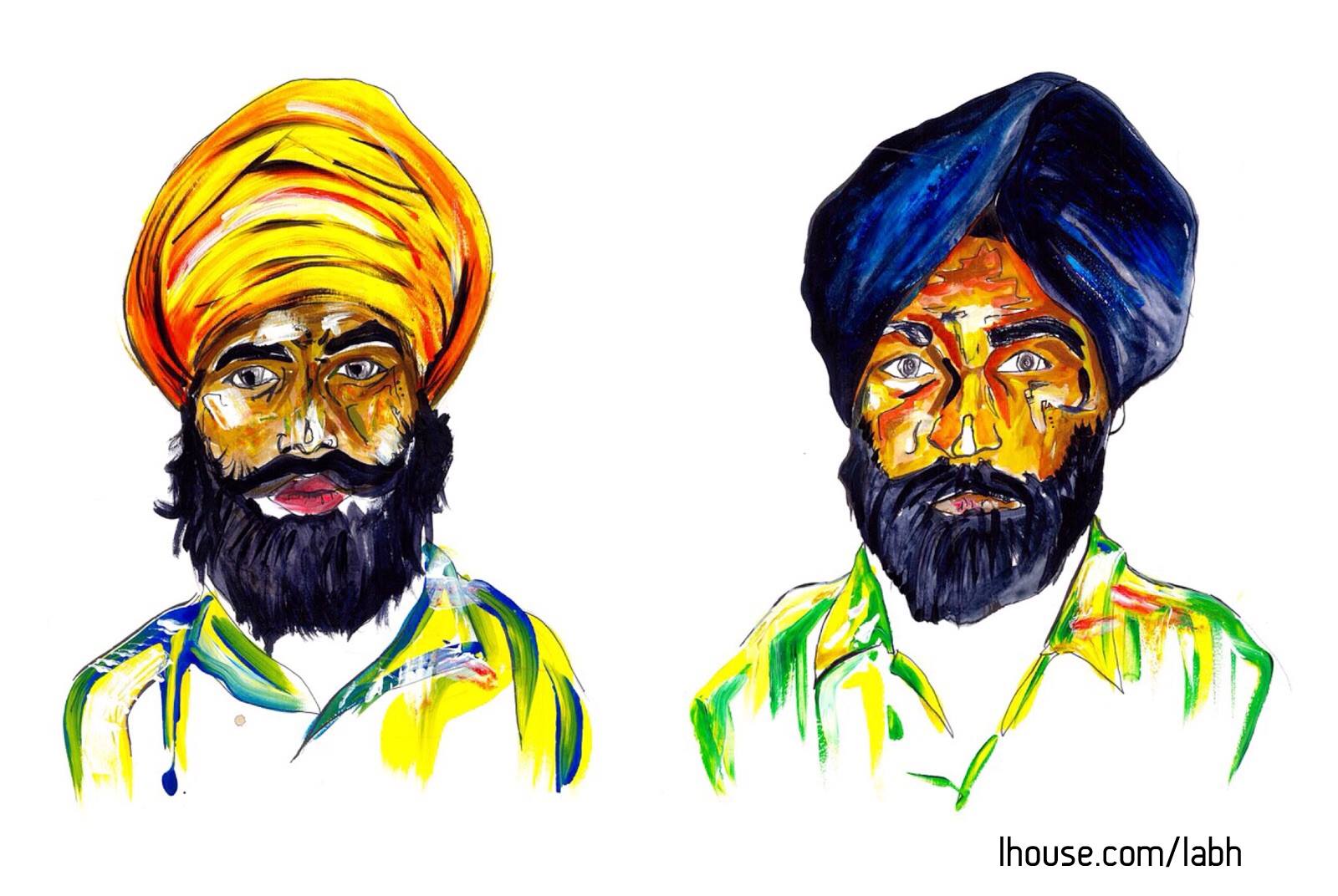 ‘Labh‘ is an eight act narrative that journeys into the resistance and revolution of the 1980s Sikh insurgency.

Read the entire work by Rattanamol Singh on the Lighthouse Collective website: http://lhouse.co/

Police said that 12 to 15 Sikhs—most wearing police uniforms—walked into a branch of the Punjab National Bank in Ludhiana, about 60 miles northwest of Chandigarh, shortly after it opened.

Mistaking them for real officers, bank employees shook hands with the robbers. Two security guards complied with requests to hand over their weapons for inspection.

The extremists, armed with rifles and submachine guns, then took keys to the safe from the manager and a cashier and locked the bank employees in a room, the spokesman said.

The Sikhs fled in a van after filling sacks with 58 million rupees—$4.5 million. Part of the money belonged to the Reserve Bank of India, the country’s central bank, which does not have a branch in the city.

Police said the robbers shouted slogans supporting Khalistan. Bank employees told the Press Trust of India news agency that the robbers said they would use the loot to buy arms.

One month before the Punjab National Bank was robbed, Devinder Kaur sat in her house as her husband’s cousin, Paramjit, arrived. Paramjit gave Devinder a set of hasty instructions, “Take your father and son, get on a bus to Ludhiana, get off at the bypass, walk to the safe house, and wait.” A few days later, the family followed Paramjit’s instructions and waited at the safe house outside of Ludhiana. Eventually, a rickshaw pulled up outside, and two men emerged. The first was Devinder’s husband, General Labh Singh. He was tall, thin, and wore a turban, customary for Sikhs. Three years had passed since Labh Singh and Devinder Kaur parted ways during the Battle of Amritsar. Only a year ago, with the General on trial for the death of a newspaper editor, the Khalistan Commando Force launched a daring attack on the courthouse and lifted him from police custody in a sea of gunfire. After his escape, Labh Singh and Devinder Kaur met only a few times in short, clandestine meetings facilitated by the General’s roving motorcycle soldiers and held in safe houses throughout Punjab.

The second occupant was Harjinder Singh Jinda, introduced to Devinder by the false name Vicky. He looked a lot younger than Labh Singh and walked into the house with a set of black sunglasses and an air of charisma.

A day would come when both General Labh Singh and Harjinder Singh Jinda would enter the popular chronicles of Punjabi history. In the years to come, their memories would be musically imprinted into the Punjabi collective memory by Dhadhis, the traveling bards of the Sikhs. The Dhadhis would travel village to village telling tales of the lives these two lived and the lives these two took. For now though, the Khalistan Commando Force’s target was the Punjab National Bank in Ludhiana, and its members were converging on the city. General Labh Singh, his family, and the Rayban clad young man left the home to join them.

There was promise in this moment.

There was an insurgency to fund, weapons to buy, alliances to forge and, assassinations to plan.

A great game of nations, armies and ideologies was being played out in the Punjab, and the riders of this rickshaw hurtling towards Ludhiana represented perhaps the state’s best chance for independence.

One of these groups was the Khalistan Commando Force led by Sukhdev Singh, most popularly known as General Labh Singh. The first Lighthouse piece is an exploration of the 1980’s Sikh insurgency through the eyes of General Labh Singh’s wife, Devinder Kaur.

Continue to read the work in its entirety at the Lighthouse Collective website: www.lhouse.co/labh