Last week a Gurdwara in the Midlands stopped serving the Guru’s Langar for a period of 12 hours. Allegedly for the ‘first time in 50 years’, the Gurdwara Management Committee’s decision was made as a show of support for the efforts of one Gurbaksh Singh, who is on his second hunger strike in protest of the wrongful imprisonment of Sikh political prisoners.

If Gurbaksh Singh believes his efforts will result in the release of political prisoners then he should continue with the hunger strike and it seems he is resolute in doing so. My question however is, how does the closure of Guru’s Langar in Birmingham and a one day fast for individuals, provide a positive solution for Gurbaksh Singh’s plight, or his cause in Punjab? How does fasting in the UK assist political prisoners in India? Do the Sikhs need to result to such measures to show they are united against the unlawful detainment of political prisoners?

Hunger strikes are not everyone’s chosen method of protesting. If the management committee wished to take part in the hunger strike, they should have done so at their own whim and not have denied an individual the opportunity to take part in Pangat and Langar. Putting aside instances where a Gurdwara was made the target during war or conflict, when has the Guru’s Langar ever been stopped in the past?

As for the individuals supporting a global Sikh hunger strike, I think they are ill-informed. Are they fasting for the health and Chardikala of Gurbaksh Singh? If so, is this not the complete opposite of what he is inflicting to his own body? Or, are they fasting for his cause – in which case to whom are they protesting? Will their efforts reach the walls of Delhi?

In fact, where is the logic and rationale in a one-day hunger strike? What does one achieve by not eating for 24 hours? How does it help the political prisoners when the individuals responsible for their incarceration have no idea of the protestor’s existence, let alone know of the hunger strike? In any case, even if the efforts were brought to the attention of the Delhi Administration, would they as much as flinch? An underlying issue here is that a hunger strike causes self-harm which I don’t believe is in line with Sikh ideology.

The fact that Gurbaksh Singh is having to endure a second fast for the same cause should in itself raise alarm bells. This entire episode ought to be considered in the wider context of what has happened in Punjab to the Sikhs since 1947 but more specifically since 1984. The Sikhs have struggled to keep their identity and philosophy alive. Having led the civil rights movement in Punjab, the events of 1984 gave them no choice but to accept that they were treated like slaves, long after the British had left India. In 1986 the Sikh Nation decided their only means of true justice was and still lies in the formation of Khalistan. A declaration that remains outstanding but is just as relevant today as it was 30 years ago.

The current topic of political prisoners is exactly the reason why the Sikhs need a separate Sikh homeland. Gurbachan Singh has proved his mettle and already failed Gurbaksh Singh once. The SGPC is the plaything of the Badal enterprise and until the Sikhs realise this, such occurrences will continue to haunt the Sikhs who have become so reactive that it’s frightening. As soon as something happens in Punjab, it seems the only solution visible to Sikhs is to petition and protest. The hallmark of an enslaved people is evident through their continued plea for justice long after it has been denied. Freedom is not achieved by appealing to the moral sense of the people who are the oppressors. The Sarbat Khalsa of 1986 was and remains the single most important decision of the Sikh Nation.

The response I’ve had from those that took part in the hunger strike and supported Gurbaksh Singh has been “we know all of this, but at least we’re doing something.” My response has been simple. If you know Khalistan is the only solution, why are you acting like an enslaved people? Why is Gurbaksh Singh receiving so much public attention? If he dies, will he become a martyr? Is he not a free man capable of raising awareness about the injustice of political prisoners in ways that do not require a hunger strike? These questions need to be discussed because I feel as though the Sikhs are on a slippery slope. I believe Gurbaksh Singh is sincere at heart and believes he is doing the right thing. I do not question his character. I just feel he is ill-advised.

Bhai Talwinder Singh Babbar and Bhai Randhir Singh were two Sikhs that underwent hunger strikes in the last century. Their circumstances were completely different to Gurbaksh Singh’s protest. Both were incarcerated and were protesting against the injustice because as prisoners they had no other means of highlighting their cause. The question Sikhs need to ask is why Gurbaksh Singh and his supporters are so adamant that this hunger strike will succeed? It seems as though if one begs, pleads and petitions, one might get somewhere. It’s that slave mind set; ask the master and you might receive. 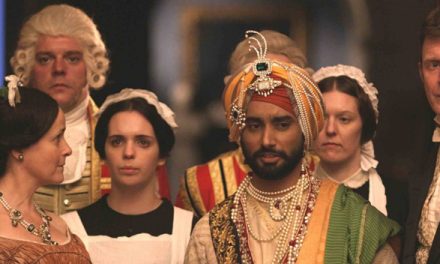 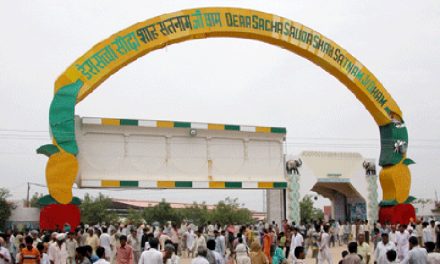