How do you commemorate the events of 1984?

Today is the anniversary of the assassination of Indian Prime Minister Indira Gandhi and more importantly the day on which the Sikh Genocide was instigated. Thirty years have passed, but for many Sikhs it can feel like none. Few have been convicted for their role in the Government-led violence that cost the lives of tens of thousands of Sikhs in Delhi and beyond, whilst the issues that led to the events of 1984 as a whole have instead of being resolved, exacerbated further. It is no wonder that the Sikh community worldwide meets this day in a myriad of ways from lighting candles in memory of those who passed, to raising slogans and demanding justice. In order for the Panth to realise just how would be best to commemorate this day, it would be insightful to first consider how individual Sikhs mark it. What follows are the words of our writers and prominent Sikh activists in this regard.

“I remember and recollect where we are and what I can do to get to where we need to be.

Remembrance of the events is on the surface of the issue. You go slightly beyond the surface to accountability – those responsible have not been punished; deeper still and there is the issue of acceptance and acknowledgment – both the State and the community haven’t fully accepted or acknowledged what actually happened, the scale or the causes; deeper still is the real issue which is that this incident cannot be viewed in isolation from the wider political context – these incidents were the consequences of the government’s unwillingness to seek a reasonable settlement to legitimate socio-economic demands for Punjab.”
-Baljit Singh, National Sikh Youth Federation


“The candle I light is one that shows the way, the slogan I shout is one that empowers us to step up and solve our own problems. Truth, justice and equality are not the ideals I for long for but the way I live my life, in what I write, in what I say and do.”
–Gurpreet Singh Rehal


“By making our ‘Genocide 1984’ documentary, our message from Akaal Publishers is that you can shoot us, you can rape us, you can displace us, you can set your armies upon us, you can send your intelligence sleuths behind us. But you know what, we aren’t going anywhere!! We will rise & roar like Lions as we do at all times. The Sikh Spirit cannot be contained, cannot be maimed & you know what? It can’t be tamed. So, ‘Genocide 1984’ – has only made us stronger, made us more focused. The Khalsa lives & when it blazes it’s swords you shake in your boots. You still try & don’t realise, you haven’t got a chance. We have God at our side. With Him with us who can we fear? Raj Karda Khalsa atte Raj Karega Khalsa – The Khalsa rules & will rule.”
-Harjinder Singh, Akaal Publishers


“This is a day like any other. The struggle in life is continuous so the passing of time and the ticking of a clock over to 31 October should herald the same activity to which we dedicate our lives otherwise. The events of 1984 are themselves part of a much bigger clash that has been taking place between Sikhs and the ruling elite since Guru Nanak’s revelations rocked the very foundations of society. I believe that we can, one day, commemorate these events, but that day is not now for we are in the midst of battle. Today, the pen and the spoken word has replaced the gun and the sword, but combat is no less lively or fatal. Sikhs who look to this day to be reminded of what took place thirty years ago would do well to look deeper at the issues themselves and to consider how they can help make a change by engaging all year round.”
–Harwinder Singh Mander


“My commemoration does not happen on a particular day nor will it be as a special occasion. The events of 1984 serve as a reminder of what the Ruling Clique are willing to do to negate the existence of the Nankonian Philosophy and whenever my discipline falters or my ego is out of place I’m reminded by these events. This was an attack against a people who stand for the same reality I wish to see come into fruition: the work of Banda Singh Bahadur in working to create Begumpura with the Punjab state, Maharaja Ranjit Singh in creating begampura in the Sikh Empire, and now my fight with my fellows Humans to establish Begampura in myself and then in the World.”
-Jagdeep Singh, Snakes & Fakes


“It’s always a sad day because I reflect on the work I have done over the last 12 months and question the contribution I have made to the Panth’s mission. Its a day for evaluation and planning in order to make my actions next year more meaningful. The images and narratives that are often splashed across social media no longer evoke a sense of injustice and suffering because the true pain is looking at our ineptness in dealing with the crux of the issue.”
–Jaspinder Singh


“Every bed time, my daughter expertly negotiates more than the planned stories. And as she lays her head down, she inevitably requests “mama/papa, sakhi sunau” (“mama/papa, tell me a sakhi”). These sakhis are chosen based on occurrences of the day, lessons learned or historical events.

On 31st October 2014, we’ll continue this tradition with our spirited almost-4 year old. She’ll hear [again] of a power hungry Government directing an army immersed in hatred, fear and confusion. We’ll explain that this isn’t a fairy tale and unfortunately those guilty still walk the streets, leaving gaping holes in the lives of the families of the victims. She’ll remember the countless Sikhs (and other minorities) who still languish in prisons, caught up in the ether of the Indian justice system.

I’m not one for meaningless rituals or traditions, but this seems an apt way to continue our fight for justice. Every year we continue this tradition, paying homage to those who lost their lives, and ensure we pass the flame and ignite this passion for justice for all victims of injustice, in future generations.”
–Meerat Kaur


“My commemoration works quite simply and happens all year round. I’m constantly learning about different areas of Sikhi in my weekly study circle and I’m regularly piecing together: What do we stand for and why do others want to destroy it/us? Once I’ve nailed some knowledge, I take time to think it over and what it means to my life. The final step of my commemoration is my response and this tends to be through film. Films like ‘Woodrose’, ‘Nsyf promo’ and this year, doing the music video for Raxstar’s 1984 track, keeping me on track to not only respond to 1984, but the history before and after it too.”
–Narvir Singh


“By recognising the correlation between the teaching of the Guru Granth Sahib and the courage and valour of the Khalsa that challenged the oppressive, undemocratic war-mongering machinery of the Indian government, by saluting Satwant and Beant Singh who removed a tyrant from the face of this earth, keeping alive the centuries of Sikh ideals and traditions of pursuing justice at any cost. I supplicate to Guru Gobind Singh that he may continue blessing such noble souls that are conjoined to his politics of truth, fairness and justice.
-Pal Singh, SikhPolice.org


“For the past few years I’ve been celebrating Halloween with my son in a very western manner, however inside I’m celebrating something else too: the “the witch is dead”.”
–Palwinder Kaur Mander


“The way I commemorate the events of 1984 has changed over the past few years. When I first learned about 1984 my initial reaction was to raise slogans and light candles, but I soon realised that this did little more than increase my frustration, anger and helplessness towards the subject; which was neither productive nor sustainable. At present I don’t commemorate in the “conventional” way. Instead 1984 has become a daily thought and thus allowed me to explore various aspects of the related issues in a completely different light. It may seem a little simple, but my focus right now is on understanding why the events of 1984 took place and how it was part of a larger narrative. Aside from continuing to read and research, I commemorate this day by participating in discourse and discussion with friends, which has proven most beneficial in not only broadening my understanding of the subject but also keeping it alive in the most constructive way.”
–Ranveer Singh


“The day for me starts like any other. Get ready, go to work, start work – only to be distracted by the dearth of biased articles spewing from India’s media. Work stops. A deep sigh, then a smile, as I realise my real work isn’t over yet. Home time, get writing and by the end of the day there’ll be another article. An article that shares with the world – our truth.”
–Ranjeet Singh Shahi


“Every year as November looms my mood swings. Caught between sadness at the apathy and conformity of a once sovereign people, and elation at the almost tangible possibility, that the mind state of rebellion is but a mere spark away. Punjab a once free land, a beacon of liberty and the worlds first truly secular nation that bordered on Anarcho-syndicalism, is today bound in the same shackles of mental slavery and the inevitable moral and societal corruption of the capitalist model that plagues the world. With this in mind, as each June arrives, pregnant with the force of the state against the resistant will of a people, I view the arrival of November as a measure of how alive we are and whose children we turn out to be.

I don’t like the word commemoration, I find it alien, ritualistic and restrictive, there’s almost a sadness associated to it. I like the word celebration. My celebration is my rebellion, I’m sitting here quite smug at the thought that the worlds most powerful empires have promised to wipe us out, and I’m still here (and surely others too), with the same mind state that was at first a gentle prod in the rib cage of the oppressor, and when the will of the people was met with ignorance and brutalisation, that same prod became a critical wound. My measure of life is the freedom in my mind, and the realisation that no one can ever take that away warms my soul, and I self confirm that true freedom is a dangerous affair.”
-Shamsher Singh, activist 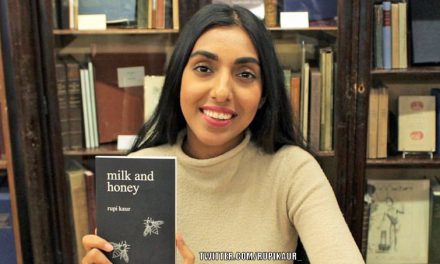 Review of ‘Traffic Jam’ by Raju Dinehwala and Popsy