What the west doesn’t want to admit about Modi 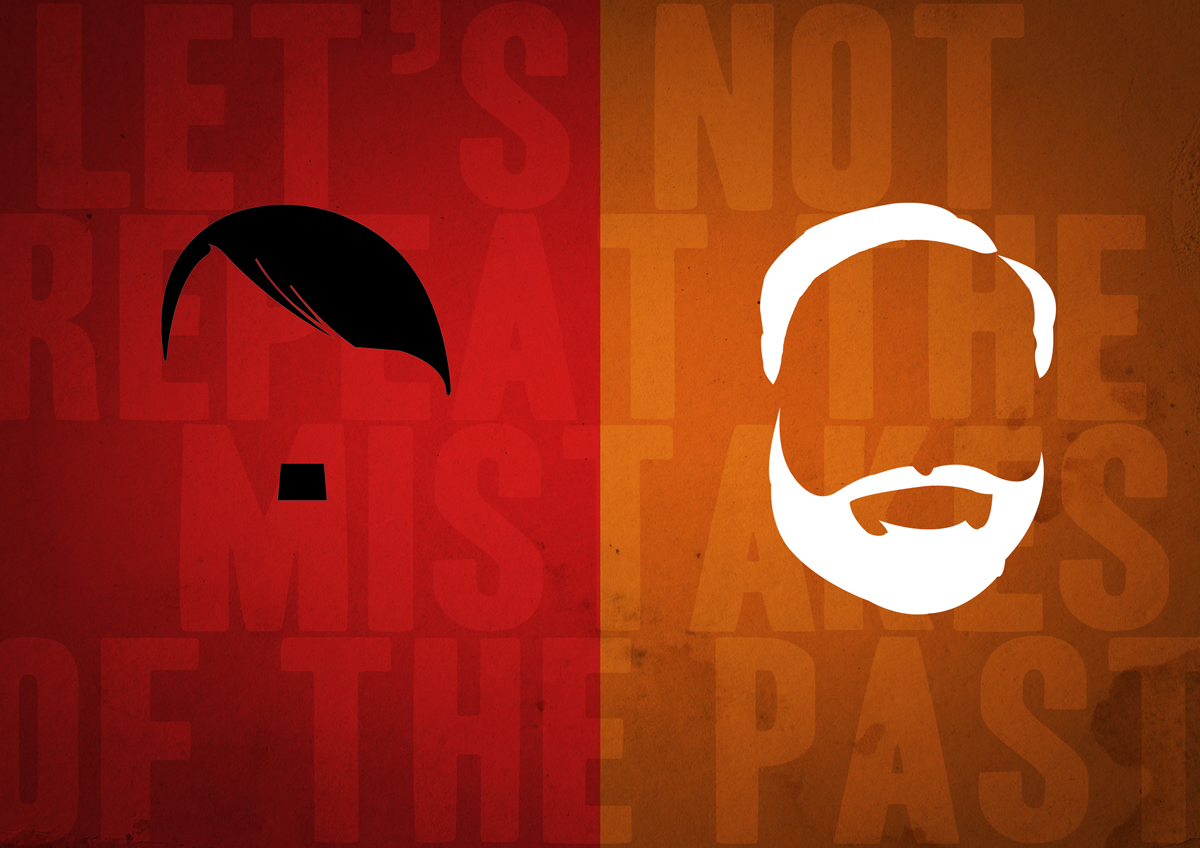 A lot of Sikhs are outraged by the audacity for some Gurdwareh, including Gurdwara Sri Guru Singh Sabha Southall, to support Narendra Modi on his tour to the UK. They are appalled that Sikhs could agree to have our institutions included in the ‘Modi Welcome Committee’. But why is supporting the new Indian Prime Minister the worst decision ever?

Firstly, it’s widely accepted Modi grew up in the racist, extremist group Rashtriya Swayamsevak Sangh (RSS) and is now a member of it’s ideological grandparent Sangh Parivar. He began his political career as a full–time RSS worker and, like many BJP leaders, remains a member, and more recently his election campaign saw a rapid increase in the number of RSS schools. Modi is and has been a member of several organisations of the Sangh Parivar, a collection of Hindu Nationalist organisations (including religious, student, political and paramilitary organisations) with similar ideological goals and often overlapping membership. In 1987 he joined the Bharatiya Janata Party (BJP), the main parliamentary representative of the Sangh Parivar and represented the BJP as Chief Minister of Gujarat from 2001 to 2014. The RSS has well-documented historical links to European fascism, such as during World War II, some Indian nationalists received explicit support from German Nazis – in fact, some Indian soldiers even served in Hitler’s armies and in the notorious SS. The RSS has a history of violence against minorities in India, links with recent terrorist violence (so-called ‘saffron terror’), and there is evidence that several major recent terrorist atrocities were planned with the knowledge of senior RSS members.

Secondly, whilst being the Head of State of Gujarat, he gave the order for the 2002 anti-Muslim Gujarat Pogroms. The violence began with a fire on a train at Godhra which killed 59 people and the systematic violence which followed was directed mainly against the Muslim community in Gujarat, supposedly in retaliation for this fire. Modi stated, in an interview given at the time, “this is a chain of actions and reactions. We want both action and reaction to stop“. This flags up alarming parallels to Ranjiv Gandhi’s justification of the 1984 Delhi Genocide where he said, “When a big tree falls, the earth shakes“. Much like Delhi 1984, human rights organisations found that the attacks were “planned in advance and organized with extensive participation of the police and state government officials“. There is considerable evidence from independent sources (including perpetrators, victims and police) of Modi’s complicity in the events which unfolded in 2002. For example, at the time, Modi made several inflammatory, communal speeches, many of which are now available online. Also, Deputy Inspector General Sanjeev Bhatt claimed that he was present at a meeting where Modi told his officers to “let the Hindus vent their anger” after the Godhra incident. This is also confirmed by Haren Pandya, BJP leader and Home Minister of Gujarat, whose murder in 2003 remains unsolved.

And it doesn’t stop there. The former Gujarat State Director-General of Police, R.B. Sreekumar gave extensive testimony of state complicity in the violence, and stated that Modi and those acting for him issued “illegal and unconstitutional directives“, subsequently denying him promotion for refusing to act on them. Even the cover-up of this has since been exposed. In 2004, R.B. Sreekumar, secretly recorded the Gujarat Government’s representative instructing police precisely how to respond to questions from the Shah-Nanavati commission (an initial, now discredited, investigation by the Government of Gujarat into the 2002 violence), briefing them on every aspect of their likely testimony. One of the victims of the violence was a Congress MP, Ehsan Jafri, who was killed during the Gulbarg Society Massacre. Two victims of the violence, Rupa Mody and Imtiaz Pathan, testified that before his death Ehsan Jafri phoned Modi to ask for help while a mob outside surrounded his building, but he was instead met by abuse from Modi (see reports in DNA and on NDTV for example). In 2009, a BJP politician and close aide of Modi, Maya Kodnani was found guilty along with various other Sangh Parivar leaders of orchestrating the killing of 97 people in the Naroda Patiya massacre. Whilst it should then have been clear that the Sangh Parivar was closely involved in the violence in Gujarat in 2002, Kodnani was still appointed as a minister in Modi’s Goverment. Although her involvement in the massacre was widely known, and there is evidence in the form of a Gujarat Goverment affidavit that the State Government were aware of this at the time, Modi still approved her.

Thirdly, Modi has been seen to discriminate against non-Hindu minorities. According to the Alliance for Justice and Accountability (AJA), a liberal judicial watchdog group in the United States, since Modi has been elected as Prime Minister India has witnessed a steady increase in violence against Sikhs, Muslims, Christians, Dalits and other marginalised communities. Modi is also infamous for his hate speech. Shortly after the 2002 Gujarat violence, Modi memorably referred to relief camps for displaced Muslims as child producing centres, and in the same speech used the phrase “Hum paanch, humare pachees” (we five, our 25) referring to an imagined Muslim family consisting of one man, four wives and 25 children, and the associated myth of the rapidly expanding Muslim population. The reality is that Gujarat’s Muslim population was 8.9 per cent in 1951 and 9.1 percent in latest figures, showing no significant proportional increase. More recently, when asked if he regretted the violence in Gujarat 2002, Modi responded “even if a puppy comes under the wheel of your car, it is painful“, appearing to compare the predominantly Muslim victims to puppies. In another incident from 2002, Modi attacked J.M. Lyngdoh, former Chief Election Commissioner of India for delaying holding the Gujarat assembly elections because he was a Christian. Dalits in Gujarat also face widespread discrimination, but Modi believes that they do manual scavenging work because it is a spiritual experience, claiming “I do not believe that they have been doing this job just to sustain their livelihood… At some point of time, somebody must have got the enlightenment that it is their duty to work for the happiness of the entire society and the Gods“.

Fourthly, Modi has been directly linked to extrajudicial executions throughout India. They usually involve people in custody, generally staged to appear as though they occurred in gun battles and between October 2002 and December 2006 there were at least 21 extrajudicial killings by Gujarat Police. Amnesty believes there to be more, reporting 31 such killings between 2002 and 2007. It appears that Government officials have sent their senior police officers down the river, as more than a dozen senior police officers are in jail or facing prosecution in connection with fake encounter killings. In September 2013, a senior police officer D. G. Vanzara, who had been in jail since 2007 for involvement in several fake encounters, resigned from service, claiming that the officers involved were implementing State Government policy. But what is the policy? Evidence points to the Gujarat State being directly implicated in many cases, most famously the killing of Ishrat Jahan, a nineteen year old woman from Mumbai, along with three others in 2004. Modi reacted by praising the police involved in killing Ishrat Jahan and branded her a terrorist, without providing any evidence of her involvement with terrorism, using media claims based on unidentified sources. In the run-up to the execution there is evidence of frequent contact between top BJP officials and officers, most notably Amit Shah implicated in the killing. Yet again, another cover up was exposed. In March 2014, the CBI reportedly obtained a recording of Modi’s top aides, including G.C. Murmu and A. K. Sharma, discussing with police officers how to sabotage the Ishrat Jahan probe. And these aren’t one off cases, Modi’s justification for the brutal execution of untried citizens continues. Another well known fake encounter killing is that of Sohrabuddin Sheikh and his wife, Kausar Bi, who was raped before her murder. Modi justified this killing, saying that Sheikh got what he deserved, leading to intervention from the Election Commission. Also in March 2014, evidence emerged that Modi was directly monitoring another encounter killing, that of Tulsi Prajapati, who was witness to the killing of Sohrabuddin Sheikh. According to a lawyer who is representing the victims’ families, there is a clear pattern to the Gujarat encounter killings, with the victims branded as terrorists often without evidence.

The enormous amount of evidence leaves no doubt: Narendra Modi is a minority-hating, corrupt, violent politician. India is decaying into anarchy, where the powerful wield the sword towards anyone that stands in their way. Will the Sikhs join the Western powers in ignoring the human rights violations in exchange for economical wealth? Or will we reap the rewards for fighting the bigger fight? One thing is for sure, the Indian Government have clearly honed their skills of discrimination that began against the Sikhs in 1947 – and have increased control all over Hindustan. New faces, same destruction. Supporting Modi is supporting this.