Being a film maker is not easy. It involves long days shooting, sleepless nights editing, and sometimes can be all for nothing. But it is the idea of creating beautiful images and delivering an enriching experience to people that drives me – and I’m sure all film makers too.

In film, whether you’re a Director, DoP or a Screenwriter, it’s important to find your style and own it. If I said the name ‘David Fincher’, you’d automatically picture low-lit scenes, as seen in ‘The Social Network’ and ‘House of Cards’. Fincher is a great example of this point. Ever since I decided that film-making was a path I wanted to explore, I’ve always tried to leave my stamp on the projects I work on, regardless of whether they are short films or music videos. I have to be me throughout the production process otherwise what appears on screen is not a good reflection of the film-maker inside me.

Now don’t get me wrong, I’d be the first to jump at the chance to explore different ideas, both technically and conceptually. But to what extent should one go to achieve this? Recently I worked with a fairly well known musician on creating a music video. All seemed well until he saw the first edit from the shoot and promptly rejected the work. He claimed that it didn’t meet the expectations he had for this particular track. A few months on I learnt that the video was re-shot by someone else and when it was released, well, quite frankly I was relieved! The concept of the re-shot work was based on something that I despise in music videos and the music industry itself – the sexualisation of women. This seemed to be the expectation the musician had for this release and had I pushed to make the video the second time around, it may have led me further down this road.

That project was one heck of a learning curve! It helped me identify and understand where ‘the line’ was and what I needed to do to ensure that I didn’t cross it. The more I think about it, the more I come to the same conclusion: don’t sell out! Learn to say no if the project compromises your principles, whether that be as specific as mine, or if its elsewhere in budget, crew selection or anything else. As a film-maker, there will always be new clients and peers to work with as long as you have a show-reel that you can be proud of!

Like everything in life, you have to trust your instincts. There’s no need to fall into the trap of rejecting everything if its not 100% perfect – it never is – but it is important to be conscious of what will be described as ‘your work’ and whether it satisfies you. In film making, the motto I adhere to, and some-what made up, is: ‘If I’d be embarrassed to show my friends and family, it ain’t happening!‘ That’s probably good advice for life too. 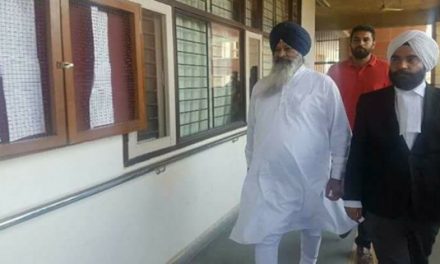