The Holy Union of Anand Karaj

This week in the UK, the BBC broadcasted two starkly different programmes concerning the Anand Karaj – Sikh wedding ceremony. The first was an Asian Network Report Special which aired live at a drive-time slot on radio and can be heard back online. The second was part of a TV series looking at the diversity of wedding ceremonies in modern Britain which aired at a prime-time evening slot and can also be watched back online. Whilst the former intended to look at a current issue relating to marriages in the Gurdwara, the latter showcased the rites and customs of a Sikh marriage ceremony, albeit as part of a wider TV series. Although the BBC is ultimately responsible for both programmes, the motives behind creating them could not have been further apart and the gulf in value of content was embarrassingly wide.

Starting with the BBC Radio Asian Network programme, let’s get this clear from the start: a Sikh can marry whomever they want. In accordance with Guru Nanak’s teachings, a Sikh can in fact do anything that they want in life; they are masters of their own destiny and responsible for the immediate surroundings in which they reside. However, there are in life some decisions we make that lead to more desirable outcomes than others and a Sikh – as a student who not only wishes to learn from the Guru but also aims to put that which they learn into practice – is steered towards making those more desirable decisions, one of which is to share this lifetime with another who is on the same path and trying to learn from the same Master. This is reflected in the very concept of the Anand Karaj which is depicted as a union of two souls who become one. The verses read during the ceremony which solemnise the marriage speak of the coming together of the soul bride with the Truth, but as with much of the Guru Granth Sahib have a secondary meaning at a Worldly level of the coming together of the bride and groom at the feet of the Guru. The Anand Karaj is neither a blessing nor an exchange of vows, rather it is the first step of two people who wish to live and work as one whilst committing themselves to the path espoused by Guru Nanak. Clearly for this reason it is a ceremony that should not be entered into lightly by both Sikhs and non-Sikhs alike!

Of course a Sikh can still opt to marry a non-Sikh, this has always been the case. But as should be plainly obvious if you read the preceding lines, the Anand Karaj is not an appropriate vehicle for such a marriage. In my own personal life, I can vouch for a number of relatives and friends who enter into a mixed-faith marriage and are living quite happily together, but who made the informed and appropriate decision not to request an Anand Karaj. And here is where the real problem lies: there are far too many Gurdware and administrators of Sikh institutions who are unfamiliar with the principle behind an Anand Karaj. The BBC 2 TV show would have us think otherwise. Not only were those who spoke about the meaning behind the Anand Karaj well informed and eloquent, but they were matched by the young couple who in turn showed a propensity to understand more about the holy union they were entering into – kudos to them.

It was a triumphant TV production and I will be watching the remainder of the series with great interest to see if couples from other backgrounds that are featured are similarly well represented. But alas Dav and Kami (the couple being followed for the TV programme) and the Doncaster Gurdwara representatives are in a minority. Countless Gurdware in the UK are happy to perform all manner of services for any paying customer that walks into the Darbar and let’s be frank about this, that is the way in which members of the sangat are now seen – as customers. In contrast, those institutions that have not been sullied by the almighty dollar, all too often lack the knowledge and understanding of what lies beneath the rites and customs Sikhs utilise in their everyday life and so are ill-equipped to deal with this issue.

The Radio programme was triggered by increased action over the last year to prevent mixed-faith Anand Karaj’s from taking place. On a number of occasions protestors have arrived early at Gurdware where the weddings are set to take place and have refused to yield entrance to the arriving guests. Whilst I understand that many of these protestors are frustrated with the situation, it is difficult to endorse their actions. I am not suggesting that such marriages be permitted to continue to happen, but the negative press that has been garnered in protesting is not helpful either, particularly when one considers that just a year ago the entire Sikh community had successfully risen to an internationally resounding height under the #IPledgeOrange movement. The radio programme was indicative of the ease with which cheap journalism can present the issue to an intrigued public with labels such as ‘fundamentalists’ and ‘moderates v traditionalists’ utilised in a thinly veiled guise to colour the Sikh community. There were numerous failed opportunities to follow-up a number of points that were raised by contributors, in particular the excellent Lord Inderjit Singh and instead time was given over to exploiting the emotions of those couples who have borne the brunt of this issue.

There is only one solution to this entire issue and as ever it is education. I would hazard a guess that the overwhelming majority of Sikhs themselves have no clue that the Anand Karaj is not an exchange of vows between two people, but is a coming together of those two souls at the door of Guru Nanak in renunciation of all others. If that is the case, how can we expect those of other faiths or none to understand what they are entering into? Greater information about what it means to have an Anand Karaj needs to be created and published, something that I have long worked towards and will hopefully be ready to present in the coming months. In the meantime, I find this concise summary by Harinder Singh of the Sikh Research Institute says some of what I have here in a much pithier way; please take six minutes to watch: http://www.youtube.com/watch?v=ehYNOVlQrE0 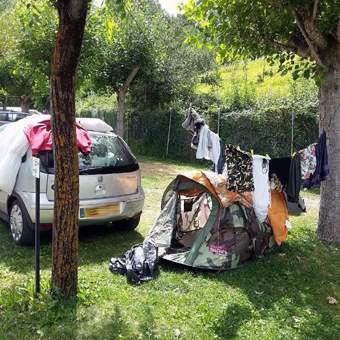