The central Indian Government currently budgets more than 15,000 crores of rupees to improve the basic drinking water in the countryside. The need to do so arose due to high incidences of toxic material being traced in thousands of villages across India, with proper screening by Governmental departments lacking in many aspects. The Punjab Government itself has run out of funds to meet the basic needs of its people as is evident in so many spheres of our life here and has once again submitted requests to the central Government to provide funds to put in place more effective treatment systems to safeguard drinking water.

The presence of toxic substances in drinking water across Punjab was unthinkable years ago. Once considered the land of natural rivers, flowing as they do across the length and breadth of the State, most sources of drinking water in the villages of Punjab are now highly unfit and full of toxic substances including uranium, nickel and copper. This has led to high incidences of fatal diseases such as cancer, liver problems and skin disorders. Moreover the health care facilities run by Government are inadequate and to an extent exist only on paper. Without proper management, checks and balances, and necessary funds, collapsing hospitals, schools and colleges run by the State should come as no surprise.

In a recent survey conducted by the state more than 1000 villages across the Malwa belt of Punjab were found to have poisonous drinking water despite the putting up of water purification plants and systems. The toxicity in drinking water is there and has led to widespread prevalence of fatal diseases. In a previous post many months back I highlighted the plight of those affected by cancer in the region and how they travel by train from Bathinda to Rajasthan for affordable treatment. Punjab lacks proper facilities that are accessible for common villagers for whom treatment is simply out of reach. The same survey indicated that more than one fourth of Punjab’s villages have unfit drinking water containing high levels of toxic metals.

River water which is the primary source of drinking water across Punjab’s villages has been badly infected by the free flow of industrial waste. The emergence of non-agrarian industry on fertile village lands has become one of the primary sources of toxicity – an issue of great grievance as this has occurred without permission of pollution control authorities. Industrialists all too often have the sole aim of enhancing their own goals and are playing havoc with nature by releasing waste into rivers and through deep pipes directly into sub-soil. Without doubt, the Punjab State Government has enhanced pollution controls recently due to the high incidences of fatal diseases, but still the reach of influence from the large corporations and their powerful allies is no match for the good health of common villagers. This issue is raised during elections but as with other matters, any promises made rarely see the light of day.

Some common people like Sant Balbir Singh Seechewal have gone to great efforts to clean up river waters, but their work is limited when put against the industrialists who under the slogan of ‘development’ continue to eat away at the basic amenities of village life. Fertile land is cleared for industry and hundreds of thousands of trees are felled – serious issues themselves to be put forward for dialogue and consideration. The Malwa belt might have the most toxic of drinking water, but the way it is spreading the whole of Punjab will soon come under this. 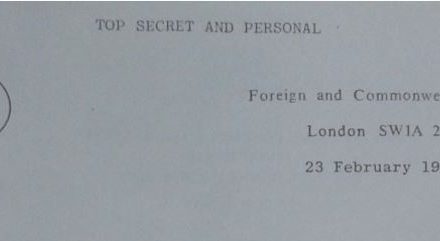 The legacy of male preference

The curse of colonialism