The Distraction of Internet Addiction 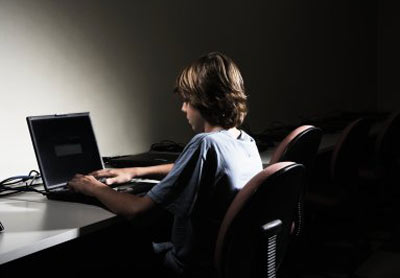 Maybe they’re right. According to lots of new research, we are officially the generation of distraction. The mass appeal of memes, vines and tweets on social media is indicating how data is rapidly getting more and more condensed for our easily distracted young minds. Before the internet, we blamed the television for wasting our time, so is it the media itself that’s the problem, or are we unable to switch off and spend time doing what’s truly important to our development as individuals and as a society?

Television was being blamed for destroying young minds from as early as the 1970s. An American satirical film called ‘Network’ made in 1976, highlighted the dwindling nature of television and the danger of chasing viewership over creating quality television. Here’s a popular quote from the film: “Television is not the truth. Television’s a goddamn amusement park. Television is a circus, a carnival, a traveling troupe of acrobats, storytellers, dancers, singers, jugglers, sideshow freaks, lion tamers, and football players. We’re in the boredom-killing business. So if you want the Truth, go to God. Go to your gurus. Go to yourselves!” (Watch online.) This boredom-killing business is booming big time now. Sometimes when I’m flicking through my subscriptions on youtube, I disgust myself for subscribing to so many youtube sideshow freaks and lion tamers. As time goes on, quality entertainment is getting harder and harder to find, and unfortunately our attention spans seem to be decreasing.

You might remember the recent viral short film titled ‘Look Up’, which ironically we had a great time sharing/liking/retweeting so much that it reached 40 million views, but without any long term effect on our behaviour. It’s an alarming issue, and so many of us are victims of it that I thought it’s only right to provide a break within this article for you to reply to whatsapp, Facebook messages and generally procrastinate. Feel free to flip away now.

Thanks for coming back. Your mind won that one nicely and I’m happier my words are reaching someone who puts in the time and effort to read with their full attention. I’m thankful sentences like “I wonder if anyone commented on my great post about the local Gurdwara elections”, “Why hasn’t my pajama of a friend responded to the text I sent a whole five minutes ago” and “how many likes did that picture of me with a monkey get me?” didn’t get the better of you!

I myself have fallen victim to text/instagram/whatsapp notifications far too many times during this article so I know how tough it is to turn a phone off – “just in case a family member/friend needs to contact me”. The most strong willed people I know have had enough of Facebook, and are installing internet limiters and tools on their browsers. It’s always quite scary how many people deactivate their Facebook accounts for fear of procrastination during exam time – this can’t be a small problem. I did a little research in case it was all in my head and the heads of the crazy loonies around me and found some studies looking at this very problem. The Pew Research Center interviewed 2,462 secondary school teachers and a whopping 90% of them said they believed digital technologies were creating “an easily distracted generation with short attention spans.”  No one spends more time with children than teachers, even parents so it’s pretty alarming stuff. It appears that the younger we are, the less we remember a time before the internet, and the more at risk we then are. According to a study published in the Archives of Pediatrics & Adolescent Medicine, 1.4 percent to 17.9 percent of adolescents are addicted to the Internet, with percentages higher in Eastern nations than in Western nations. So whilst the internet does provide the world’s information at a faster rate, we are also swamped with it and it’s harder to source qualitative data. Especially when coupled with the ever-shrinking “filter bubbles” Google traps us in.

It’s scary stuff as we now (ironically) rely on the internet to tell us how bad the internet can be for us. Following on from “Look Up”, this week another video about the dangers of social media went viral. It’s by a rapper called Prince Ea from St Louis who drops a generally clique video with some new ideas. The bit that got me was the rising link between internet addiction and ADHD. My youngest cousin told me she thinks she has it and is following an instagram post about it (grr) so I looked into it further. Price Ea may have been right as, researchers from Kaohsiung Medical University Hospital in Taiwan, did a qualitive study of a group of youngsters for two years and found ADHD and hostility closely linked to internet addiction. You can assess your own level of internet addiction here: http://www.buzzfeed.com/ariannarebolini/signs-youve-grown-too-comfortable-with-your-internet-addi#2c7186

During my time at university, far too often I found myself sucked into the internet struggling to find the difference between isolation and solitude. The weekend after my final Law exams at university, I told all my friends and family I was going to be in dorms, but all my technology would be off. I read lots, slept lots and wrote lots. The first day I felt the itch but the second was incredibly relaxing. It was here I began to deeply reflect and I found the importance of taking time out to observe, analyse and adjust.

Earlier this year, myself and Gurbir Nakhwal worked on a workshop at an event called Saffron X which was titled ‘Rahao’. We defined the translation of “Rahao” to be “reflect” rather than “pause” as widely published. The general message of the workshop was how the art of reflection is something we must master, in order to overcome the bigger challenges in life. We’re told every minute counts and not a second can be wasted. Time is money. But the time our minds need to collect its thoughts is sometimes minimised to an almost non-existent amount. It is only when we reflect on an issue, that we can respond to it properly. A close friend of mine has orthodox Jewish family members and he shared with me how on the Sabbath they all sit and talk about their week around a table. They literally reflect together as a family, providing care and solutions on a regular basis, allowing them to have free and honest dialogue to support each other compassionately.

It’d be great to see/hear about more people reflecting on their way home, with their family, in their cars, whilst going for walks/runs, as we as a community can then find solutions to the garbage thrown at us. It’s incredible what great thoughts pop up with a bit of quietness and how a tiny bit of time alone can make life a little more clearer and sharper each time. I don’t think technology is to blame. I’m sure a hundred years ago, kids played with sticks and fire to avoid doing their homework. The stimulation and access of the internet may be stronger, but so is our knowledge of solutions. Join me and make some time for yourself today. And pause.