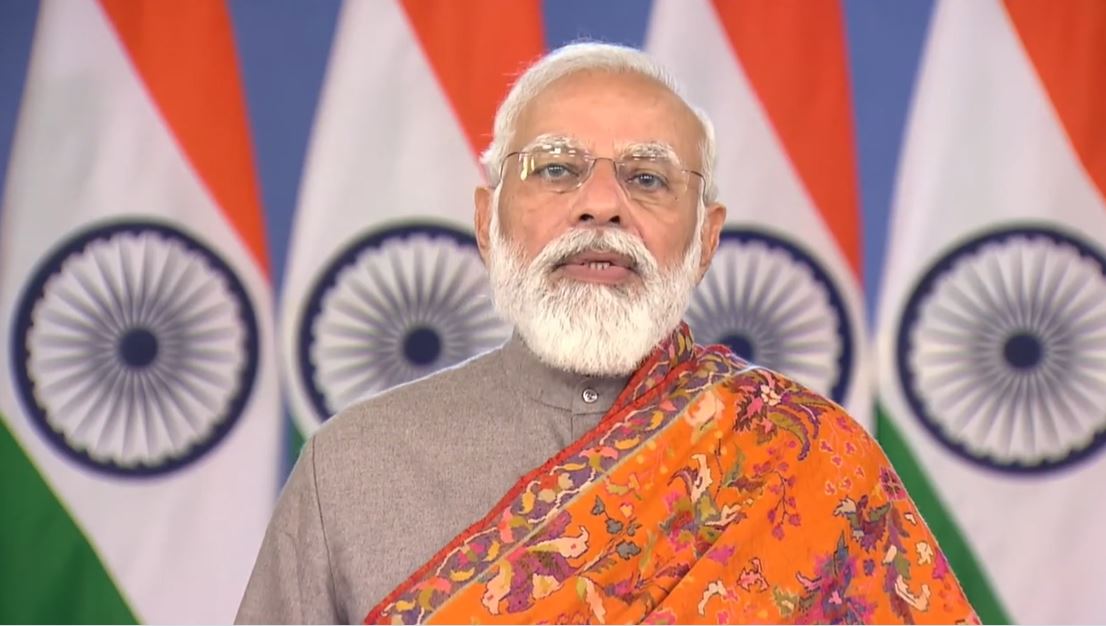 This morning at 9am, Indian Prime Minister Narendra Modi announced that he would repeal the three controversial farm laws which a year ago mobilised the largest peoples protest the World has ever seen. Hundreds of thousands of people permanently shifted to Delhi in order to voice their opposition to the new laws and the wider cause of disenfranchisement of farmers in the subcontinent; over the last year a wave of discontent has transcended across states like Punjab as well as in the Disapora garnering front page headlines and prominent attention. On the face of it, repealing the laws is an immense victory for the farmers and their supporters across the globe, but how is a return to the status quo – a condition in which agricultural production is being devastated and the society around it is fractured – something to celebrate and can it be called victory?

The official announcement made this morning can be seen on twitter but below is the pertinent part:
“I apologise to you, my countrymen, that despite my government’s good intentions, there may have been some lack in our Tapasya (penance) that we could not convince some of our farmer brothers of the intentions of these laws which were as pure as the light from a lamp. Earlier governments too had considered such measures and we consulted a range of stakeholders and experts before bringing in these laws. Many farmers were happy with the reforms and we are grateful to them. We could not explain to some farmers despite our efforts. Agricultural economists, scientists and progressive farmers also tried their best to make them understand the importance of agricultural laws.“

The Indian cabinet will meet next month to determine the details and thus today’s announcement is not in immediate effect, however it was promised that the laws would be repealed in the upcoming winter session of Parliament. A committee is also being instigated to look at the agricultural sector and what innovations might reinvigorate the sector. At first glance, it is a victory… of sorts. Whilst the coming together of so many disparate people throughout the protest is to be celebrated, as is the fact that the laws were not met with abject acceptance, it is hard to say a victory has been made when no tangible gain for the masses engaged in farming can be counted. It is a question of the highest importance: what have farmers gained over the last year? The answer is nothing. The protest may have been centred around a singular aim to have the laws repealed, but many parallel issues were brought to the fore that exemplified how civil society has broken down in places like Punjab. And today’s announcement goes no way towards addressing those inequalities at all.

Specifically for farmers, a repeal of the three laws does not guarantee that a minimum selling price for all crops will be employed in future. Nor did the statement say anything on the lengthy list of concerns and demands being heard by Government – in fact the words used by Prime Minister Narendra Modi were disparaging about farmers to say the least, painting them as being ‘unable to understand’ the benefits of the legal changes. He went further in his statement adding that academics and experts were also unable to make the protesting farmers comprehend how the new laws were in their favour, validating his own rigid stance and that of his Government in the standoff that has commandeered so much Punjabi attention for the last year. And it is in this context that I can’t see how a repeal can be considered a victory – the amount of resources deployed by protesting communities from within India, not just in Punjab but from farming states en masse, coupled with the support of the Diaspora which has raised well into the millions for those on the Delhi borders and for orgs that work in farming villages, shows how we, the people, had our agenda set for us by the State, who at their own behest announce enaction and repeal of laws at will. What could we have created with all of that time and those resources being deployed along an agenda that we had set ourselves?

The announcement today is classic Modi, opting to make the announcement on the Gurpurb of Guru Nanak for maximum effect to the community that has been protesting the loudest and holds the most significance with the subcontinent’s recent history in mind. Subverting the attention of millions of Sikhs worldwide from one of the key dates on the Sikh calendar will go unnoticed by the vast majority of Sikhs, however it cannot go unacknowledged on these pages. On a day when ordinarily Sikhs consider how they relate to Guru Nanak, what it is they understand of the way of life he espoused, when they gather with other Sikhs to celebrate the advent of the Satguru, they will now instead be otherwise disposed of those reverential feelings, applying cliches of ‘victory’ and ‘our voice was heard’ alongside their otherwise joyful merriment. It is hard for most people to reflect at a time when something fought for over the course of a long, difficult year is accomplished, but even more so when that ‘accomplishment’ is fulfilled on such an auspicious day – who wants to be contrarian on a date like today when it’s so easy to hoist the repealing of these three laws onto the blueprint of revolution enacted by Guru Nanak?

What might be easier for most to see is that with Punjab state elections now a few months away, the ruling classes will have had one eye on garnering votes from the electorate and avoiding the embarassment that comes with a proportion of that state’s population camped out in the national capital. Once the repeal is confirmed, naturally much of the protest will end and farmers will return permanently to their homes which one would hope does not diminish the distrust and animosity towards the ruling parties that brought forward or sat quietly on these laws, but elections in India are rarely concerned by morality or principle. Chances are that with no credible third tier emerging from the last year of activism, next year’s elections will, like the announcement of the repeal of these laws, embed the status quo in Punjab – in an environment where farming has already collapsed, where occupational disease is rife, and the largest field for study is the one that gains a visa to territories abroad. The repeal of these three laws will be welcomed today and beyond, and whilst I would not deny any protestor their deservedly victorious homecoming after over a year of voicing opposition at the doors of power, the question remains – what has been gained by the farmers of Punjab?