Sometimes we come across individuals in life who are amazing, incorruptible and of a good character which is hard to attain. They are the people who help us all to be better human beings. One such individual I remember is a lady long gone from us named Mridula Sarabhai who single handedly by the sheer force of her character did more for communal harmony, human rights and dignity during the time of Partition than she is given credit for. As people worldwide celebrated Women’s Day on 8 March last week, memories of amazing women like Mridula Sarabhai swim into ones thought.

Mridula Sarabhai was born in 1911 into the industrialist family of Ambalal Sarabhai, a close aide of Mohandas Gandhi. She was also the sister of well-known nuclear scientist Vikram Sarabhai. Though she died at the relatively young age of 63 in 1974, she will be remembered as a natural crusader of human dignity and as a role model for humanity for much time to come. Dressed in her Pathan shalwar-kameez outfit with a man’s collar, she was always ready to stand up against adversaries at a moments notice. Her participation in saving lives in Bihar in 1946 when brutality over-shadowed humanity as brutal Hindu-Muslim lynchings took place, Mridula Sarabhai stood in the frontlines to combat men who were blinded by lust and bigotry, making women-folk their foremost targets.

By her very character and love for humanity, she was fondly loved in return by all, even in Muslim Pakistan where she is remembered as the mureed-e-Allah, a servant of Allah. Eminent political leader Lala Bhim Sen Sacher commented on her work and described her as a lioness during partition where she put her ownself second to save humanity. The like of Pandit Nehru and Sheikh Abdullah were drawn to her by instincts other then those of politics such was her feminine strength, becoming a special emissary at the request of the latter in 1947. She remained in Amritsar and Lahore with this designation in 1947 to help restore calm where brutality and vengeance exceeded known limits. Later, she was sent as an emissary of India to Pakistani President Ayub Khan. Mridula Sarabhai had such an aura that she was even considered for the post of deputy Home Minister of India under Sardar Patel with special responsibilities towards the welfare of vulnerable women.

People still remember Mridula Sarabhai in such glowing terms that it is commonly said had she been alive during one of India’s darkest chapters when Indira Gandhi curbed all forms of democracy by calling an Emergency in 1975, she would have given a very uncomfortable and tough time to the Prime Minister. It’s not a stretch to say that she would have been a chief architect of the anti-Government movement of Jayparkash Narayan, or how she would have reacted to the events of 1984 and those from Gujarat in 2002.

Mridula Sarabhai’s contribution towards India’s independence was great, but her disillusionment with the Indian regime of Pandit Nehru led her to reject a career in politics, instead championing the cause of Shiekh Abdullah for the last twenty years of her life even going to jail for defending the Kashmiri leader and the cause of the Kashmiri people. On Women’s Day we should remember Mridula Sarabhai for her humanity as a woman, as a crusader of peace, and as someone who arguably did more than any party or Government to restore communal harmony years before the latter phrase gained currency. She is a beacon of hope where it was and continues to be practically non-existentand her impact was such that in the sub-continent, we still look for her today. 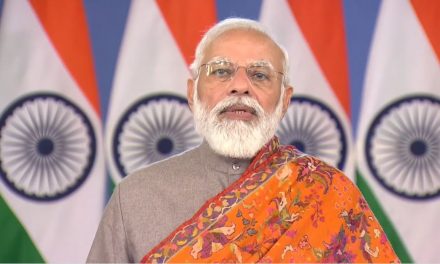