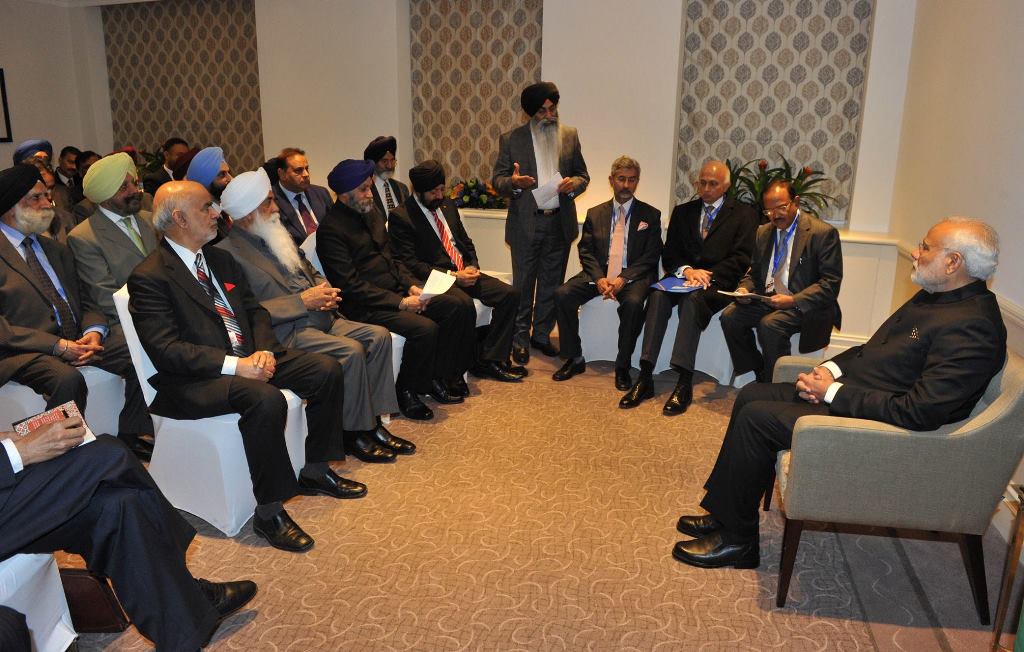 Indian Prime Minister Narendra Modi has moved on from his trip to the United Kingdom, both physically and mentally, and was today conversing with other leaders of nations at the G20 summit in Turkey. His short but controversial trip to the UK now behind him, Modi is continuing to do what he does best – play the role of a 21st Century, international Statesman. And it is in that light that the Sikh community here should review his first official trip to these shores, and more importantly, reconsider the key failure we made to disengage with him that would have been a blight on his jet-setting copy-book.

Whether in politics, sport, or our everyday lives, understanding exactly who might stand in our way is vital to making well-informed decisions and moving forward successfully with our plans. This goes well beyond the task of identifying an individual, reviewing their associations and being aware of their personality traits; in order to meet the challenge of bettering somebody, one needs to have a thorough comprehension of the way that that persons mind thinks, an intimate knowledge of the ideological system within which they operate, and a deep capacity to visualise the range of avenues that both they or you might take in combat (not literal combat). At some lower level, a rudimentary analysis of the aforementioned elements will suffice to overcome the obstacle of somebody who is blocking your way, for example in a temporary work placement or at a sporting club where you casually compete each week. But when meeting Heads of State, it literally takes a nation of think-tanks, advisers and collaboration with similarly-able peers, to manifest a strategy of engagement.

When UK Sikh ‘leaders’ opted to meet Prime Minister Narendra Modi late last week they did so having considered none of the above. There’s was a meeting between subordinates and a leader, as depicted in the photograph shared on one of the official Narendra Modi social media channels; Modi, the modern Indian Maharaja, sat aloof and at the head of the room, holding Court for the lowly subjects sat before him. Amongst those Sikhs so inept as to do this were Gurmail Singh Malhi, the Head of Southall Singh Sabha, the biggest Gurdwara outside of Punjab; Mohinder Singh, the Head of the Nishkam Sewak Jatha who control the vast Gurdwara on Soho Road in Birmingham; and, Gurmel Singh, the Secretary General of the Sikh Council UK. Whether these Sikh representatives genuinely thought that they could raise issues with Modi, ranging from concerns over India’s abominable human rights record to the rewriting of history in standard-issue school textbooks, is known only to them; whilst some have argued that more sinister motives were behind their attendance that day, neither would surprise me. Less attention has been given to the orchestrator of the meeting sat squarely in the centre of that front-row of Sikhs, Dr Jasdev Rai who despite his low profile in recent years is or at least should be well known to anybody with an interest in Sikh current affairs. Rai had been promoting the notion of meeting with Modi on an official trip for some time now and it is no secret that other Sikh leaders had shown an interest in attending; but for Rai’s insistence that it would have to be through him as intermediary, there would have been considerable carnage for UK Sikh leaders beyond the triumvirate that I mentioned previously, who have burdened most of the negative backlash.

So why is it so antithetical for Sikhs to meet with India’s Prime Minister on his first official trip to the UK? Surely as some online commentators put it, we have to give dialogue a chance? Firstly, this argument is redundant as Sikhs collectively gave dialogue a chance for almost four decades before suffering the ignominy of near-Genocide when the Darbar Sahib was invaded and the infiltration of the Akalis (premier Sikh political party) became apparent. With the benefit of hindsight we can see how every agitation from the Partition of Punjab onwards was destined to fail against a regime that is prepared like no other in South Asia, having previously spent hundreds of years in the wilderness biding their time for the day that they could once again take up the seat of power. Following the armed struggle that ensued throughout the 80s and 90s, and the mass migration throughout that has left Punjabi villages virtually destitute of skilled tradespeople and labourers, civic engagement with the ruling class of India now takes place solely on their terms. In the Diaspora this means that the Sikh community’s dialogue with Indian cabinet ministers is mere lip-service, whilst the real business that is conducted between them and the State is so far away from our grasp that we are blinded to the reality of its existence. Make no mistake, the landscape is not in any terms conducive to open channels of communication between respective parties – it is a one-way dialogue for the Indian State.

Secondly, if one understands Narendra Modi and his manner of leading India, it becomes clear to see how for him and the Indian State it was an important meeting but not with the intentions that we might think. Modi is a leader borne out of the 20th century school of Machiavellian politicians – a vastly proficient orator, a master of propaganda utilising literary devices and carefully-staged imagery – the nature of this beast is to be perceived as a larger than life character, a Demigod in a nation of more than 1 billion ready-made believers. For Modi, public meetings with Sikhs in the Diaspora, the most troublesome of all South Asia’s people and the number one risk to the rapidly advancing hegemony of the Indian Unitary state, is important to keep up the pretence of his all encompassing rule. This is why he went to great pains to visit a Gurdwara in Canada back in April, and has made a point of meeting and greeting Sikh ‘leaders’ in both the United States and now in the UK. Further still, it is why despite their best intentions, the so-called protest by a bhangra team at the ‘Welcoming Modi’ event at Wembley was a complete non-starter. I know some of the dancers who performed and am well aware that their hearts were in the right place, but like the Sikh ‘leaders’ and so many others, they remain oblivious to who it is they are facing and just what it is they are dealing with. Their appearance on that stage is all that Modi and the Indian State wanted for with it came the tacit endorsement of the Punjabi community (and by association the Sikhs). Photography and video footage that is published from the event in mainstream media both here and in India will focus merely on the stage appearance of this representative team, not on their protest. In that regard, leaving aside the cultural msiappropriation of their ‘black power’ salute, it is also pertinent to mention that they themselves admitted few media outlets had shown their protest on camera – probably because they assumed it was the finishing pose of their routine. Reversible wasitcoats with appropriate lettering spelling out a message, (in)appropriate music selection at the instant of protest, heck even mooning in the direction of Modi would have caused the desired reaction, but sadly such creative endeavours remain only in the field of competitive bhangra.

On Friday evening, I was outside Wembley stadium wanting to engage revellers leaving the epic rally organised to welcome Narendra Modi. I spent all of ten minutes at both the Kashmiri and Sikh protests which were confined by the Police to restricted areas, leaving both they and Modi supporters to chant slogans at one another. As somebody who avoids protests (as well as petitions, rallies and other ‘controlled’, ‘acceptable’ forms of opposition) I wanted to speak to those who had gone inside and witnessed the spectacle, to ask what they were doing there and if they were aware of India’s modern day constitutional problems. Fortunately I was not prevented by the Police from positioning myself halfway between the stadium and the tube station, and managed to speak to a range of around two dozen people. Each time I would begin by asking them what they had thought of the event as they had been inside whilst I had not; the responses varied from apathetic shrugs to sheer ecstasy at having seen the man in person – many of the former went on to say that they had applied online for free tickets to attend and were simply looking for a night out. Most interestingly though, more than half of the people that I spoke to accepted or voluntarily postulated that the Indian Constitution was in need of major reform and had been for many years, the absence of which was contributing to the injustice meted out to minorities and ‘lower castes’ that we hear about on a daily basis. When pushed further for why they were then attending an event to glorify a man more concerned with his image than bringing about real change, their replies were eerily similar to those of the Sikh leaders and their apologists online – that we had to give him a chance and time.

Almost eighteen months into his tenure, rest assured Narendra Modi has not been wasting any time and is indeed entirely executing the vision with which he was brought to the position of Indian Prime Minister, so successfully in fact that many cannot see how under his administration India has regressed further into a hierarchical society where minorities and the voiceless edge evermore into the shadows. The intention is for people to focus on the dazzle of Modi’s rockstar-like appearances, the sparkle of his speeches and the rhetoric of his PR spin doctors. I would contend that it doesn’t matter whether the leader of the Indian State is Narendra Modi, Rahul Gandhi or Arvind Kejriwal – with the present Constitution and under the jurisdiction of its real architects, no leader of India can or will move away from the project that was initiated over a century ago in unification of the people under one flag, one language and one ideology, even if it leads to the obliteration of the diverse and varied cultures of places like the Punjab. That Modi is so much better than everyone else in achieving this end was reason enough for Sikhs to avoid being pictured with him entirely. But for that, of course, we would need to know what we’re dealing with.

The green hills of Christian-land 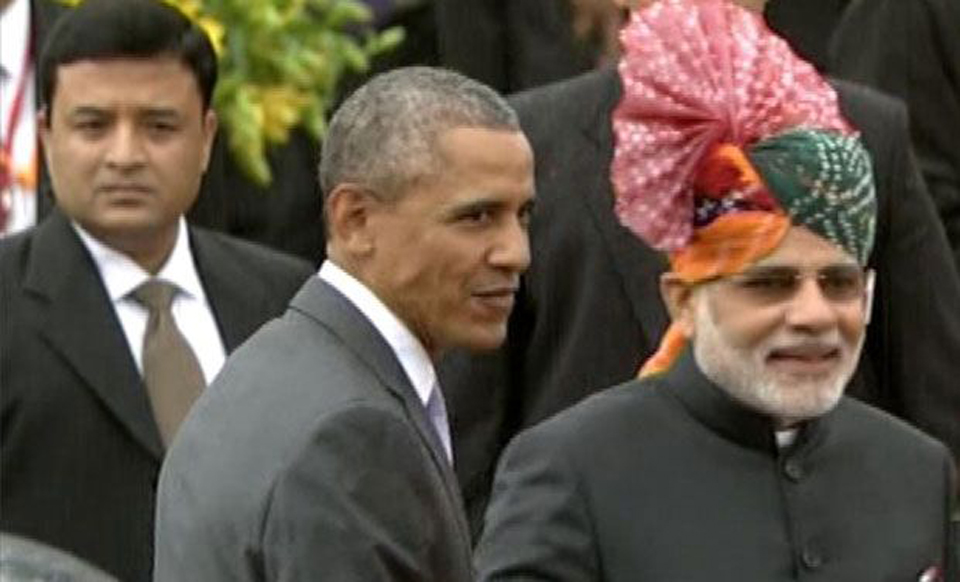