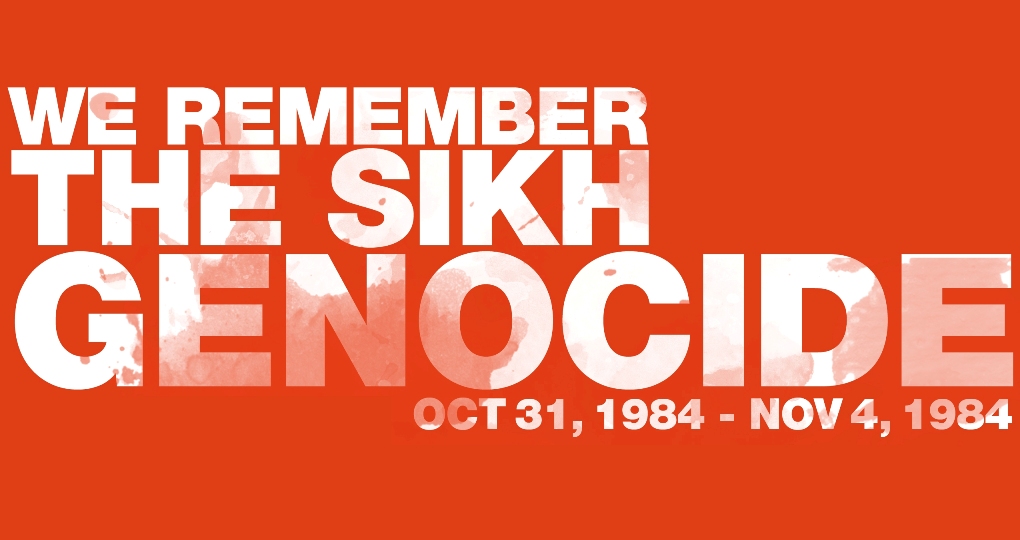 I have only come to research the events of 1984 and what it meant for the Sikhs a few years ago and whilst the politics of the Delhi massacre shocked me, it was the study of all the events that led to the openly accepted killings of Sikhs that really horrified me. Mine became the study of a long psychological attack at the revolutionary spirit of a people that started way before the year of 1984.

This week, we are commemorating 30 years since the Delhi violence against Sikhs. The victims of that were made to suffer a sense of ‘double-trauma’ – firstly having to witness their loved ones being killed in inhumane ways and then secondly themselves being left disabled, disallowed to actually grieve their loved ones. This was done by the de–scaling of the extent of the violence that took place. Rajiv Gandhi’s speech after a few days of the violence reflected this when he stated that what has happened was an expected occurrence after the assassination of the Indian Prime Minister. In this way, the Government took away the victims’ right to actually grieve. This lack of validation of grief stands as a serious obstacle to the mourning process of the victim.

Terminology plays a huge role in the impact of these events. Paul Brass, a well studied Professor who has conducted a thorough study of the Indian sub-continent since 1961, stated, “The planners, organizers, and perpetrators of collective violence want all such events to be labelled riots, expressions of the spontaneous and justified feelings of people outraged by the actions of the victims who allegedly precipitated the violence.” This is an exact reflection of the situation in 1984 when analysing the violence against Sikhs. The Indian Government maintained the narrative that these were ‘riots’ which had broken out after the anger felt over the assassination of Indira Gandhi. The assassination was carried out by her two Sikh bodyguards and so this was made to be the legitimised cause of the violence that followed. This narrative was maintained by the Western world and continues to be used today. This is more problematic than we think; this is where, terminology does matter. By calling it ‘riots’, the perception is created that it was a disagreement between two groups of people when in fact, it was a targeted killing of Sikhs organised by the State. The labelling of ‘riots’ removes the State from all responsibility and does not bring into question the State’s duty to protect all its citizens under the UN Declaration of Human Rights; it instead places them as a mere third party amongst the massacre. By demeaning the violence to mere ‘riots’, what duty does it give to the world to investigate, to think twice about the narrative fed to them? It removes all responsibility even from the World Human Rights organisations to act and investigate. The lack of justice over the last 30 years is a severe reflection of this.

In this context we must also consider the word ‘Genocide’. The only reason we would hold back from using the word ‘Genocide’ is if we feel it is too politically loaded. However, this is where the fault lies with us as Sikhs. We should be educated about this part of our history, well enough to argue and support the notion that this was Genocide. Since when do we need recognised organisations to label something before we believe it? If anything, is it not us that need to realise what happened to our community and begin to validate the grief of our people? We shouldn’t hold back on using the political term of ‘Genocide’, after all, in accordance with the UN definition that is exactly what it was. It may seem that I have placed too much importance on terminology, but I have tried to explain the obstacles that it has placed in our people, not simply in gaining legal justice but in its hindrance of our process of mourning.

Focusing back onto the affect on victims caused by this lack of recognition, I started to analyse the individual account of victims using trauma theory. Trauma theorists emphasise the importance of the mourning process after a loss. By making the violence seem all natural, the Government removed the victim’s right to actually react, to be shocked and to eventually grieve the loss of their loved ones. The demeaning of the violence affects us as the second generation too. I was about 18 when I first even heard about the events of 1984 and what had happened to the Sikhs in India. This just demonstrates the extent of our struggle against the mass propaganda that the Government has used in order to maintain its positive reputation in this politically charged sphere of the world.

Since undertaking my research, I have seen a huge shift in the analysis of the events of 1984 which I hope takes us out of the ‘interpretation stage’ soon enough to move from rectifying the narrative and towards its practical implementation in the form of legal justice for the victims. By looking into the relationship between the Sikhs and the State before 1984, during 1984 and after 1984, we can begin to recognise the psychological battle that exists in which our role is called for. The grief of the victims has been left invalidated far too long and it falls on us to fight for their right to fully react and mourn. It falls on us a community to recognise what we lost and continue to lose under the false, self serving narrative of the Indian Government.

Standing on the shoulders of giants