Yesterday afternoon I was sent a link to a Facebook post by ‘Tera Panth Vasse’ – a group of British-born west Londoners who are hoping to be elected into the controlling committee at the largest Gurdwara outside of the Punjab, the Sri Guru Singh Sabha Gurdwara in Southall. The post was a statement of the dirty politics that the group has encountered thus far in the electoral process and an explanation of why they are only fielding four candidates for the election which is in a fortnight’s time. Reading the post and some subsequent comments, I was left questioning why they were in the process at all; surely as young people they know that decentralisation is the global way forward?

Three articles have appeared on our website since the summer about the Southall Gurdwara elections and specifically the emergence of ‘Tera Panth Vasse’ as a third standing party. It might appear to be a disproportionate amount of attention on a single Gurdwara or election, but a closer look at the institution and the history of the Gurdwara on Havelock Road explains why. Forty years ago, Southall’s Singh Sabha Gurdwara was seen as the largest Gurdwara in the UK and outside of Punjab, based on its congregation size, capacity to attract kirtanis/katha-vachiks, and high levels of income. On the doorstep of Heathrow airport and the home of choice for countless early migrants from Punjab, Southall continues to be home to a diverse mix of Sikhs who have political, religious and social affiliations of the highest levels in South Asia, all playing a part in the Gurdwara’s politics. It is no wonder then that the direction taken by the Southall Singh Sabha Gurdwara on matters of importance to the Panth would have the power to influence tens of thousands of Sikhs, other Gurdware across the country (and beyond), and largely shape the success or failure of any Sikh movement. It was a vital space for those battling against right-wing racists in the 1970s, a base in which to canvas support for the Dharam Yudh morcha in the early 1980s, and of course the headquarters of the post-1984 freedom movement which followed. So important was this Gurdwara in fact, that both British and Indian Governments took a keen interest in it, forcing through a change in the controlling committee in the early 1990s to curtail sovereign Sikh activity.

As time passed, the new building was established at an immense cost at the turn of the century and questionable decisions were made such as the installation of CCTV throughout the building and the placing of multiple rescensions of the Guru Granth Sahib in the main Darbar – acts imitated by a number of other Gurdware since. Defined by a zero-tolerance policy for nay-sayers, the ‘Baaj’ faction headed by Himmat Singh Sohi, an ex-kabaddi player and well-connected individual, have been elected in as committee for most of the past two decades. The main opposition at present is the ‘Sher’ group headed by Gurmail Singh Malhi, a similarly well-connected and dominating individual. It was against this backdrop that the group known as ‘Tera Panth Vasse’ arose earlier this summer hoping to wrest control of the Gurdwara and instigate what they see as much needed change. Accordingly, I was not surprised at anything I read in the statement posted on their Facebook page, as saddening as it is to read about the death-threats they received, the pressure placed on families to influence their children against standing, and most disturbingly, the threats made to sully the reputation of the female members of the group. This type of activity is nothing new. There was a time when I was growing up where not only these actions, but much worse was being used to wrestle control of the Gurdwara. That it has happened previously and continuously for a number of years doesn’t make it right of course, but it does bring into question just how prepared and well-informed the Tera Panth Vasse group was when starting out on this endeavour. Surely as residents of Southall and members of the congregation they were not totally unaware of the tactics deployed by their ‘fellow Sikhs’? Perhaps they shouldn’t be as shocked as the Facebook post presents them to be, as harsh as that might sound. This is after all the face of desi politics and elections – not that dissimilar to the ‘democratic’ electoral process the World over, but coloured by an unhinged desi element.

I have written previously about my rejection of the ‘1-man-1-vote’ electoral system being used in Sikh institutions (http://naujawani.com/blog/revolution-we-need). But whether you agree with my point of view or not, there is a much greater reality that I am concerned younger Sikhs are not taking into consideration when jumping on the Gurdwara committee bandwagon: just how relevant will individual Gurdware continue to be as a headquarters for the Panth? In the 21st century, decentralisation of power is a rising force. Whether in global terms, regional, or at a local level, reducing the authority previously designated to a central space is the best way to make use of valuable resources and a technologically-revolutionised World. For Sikhs, this should be music to our ears for not only does it compliment the important role of the individual in bringing change to society celebrated by the Guru, but it is reminiscent of the manner in which we have become accustomed to operating in throughout our brief history. There is truthfully only one headquarters for a Sikh and it is the Akal Takht, but even this was an institution that was not central to either the first Khalsa Republic under Banda Singh Bahadur or the Confederacy rule that arose under the Misl Chiefs in the latter 18th century. It is my proposition therefore, that Sikhs should not be investing time and energy in creating headquarters or basecamps from which to make change in society – local, national or international – whether it is the Gurdwara, a Sikh faith school or anything else. These institutions serve a much-needed purpose and they will continue to exist, but they are not the pre-requisite to instigate change in society for the better. We no longer need big buildings to do that.

Let me repeat, I am not saying that we don’t need Darbars in which to congregate, or libraries in which to research; what I am suggesting is the idea that the Gurdwara is going to be the centre of all that activity, is a World that died some thirty years ago. Take a look at the work of Khalsa Aid, built and run by dedicated individual Sikhs, not a Gurdwara; Sikh arts event Saffron Mic, operated virtually with few resources, not by a Gurdwara; the successful youtube channel ‘Basics of Sikhi‘, the brainchild of a committed Sikh, not a Gurdwara; and the Sikh Studies course I teach which has ignited the passion for self-learning for over 200 students over the last six years; all revolutionary activities brought into being without the base of operations of a Gurdwara.

This week is the penultimate class in the Sikh Studies course that I teach over the summer, in west London and North Hertfordshire respectively. As I’ve said numerous times before, teaching the course over the last six years has been a learning experience for me too, forcing me to read more widely and consider issues with much greater depth and this year in particular I’ve fielded challenging questions about strategy and how the way we act relates to the principles we cherish. It has made me think harder about what we as Sikhs are prepared to do in order to attain a certain goal – like the candidates who stand for election in Gurdwara committees – and more importantly, whether we understand why we make a certain outcome our goal in the first place. In an era when the Guru Granth Sahib is available to me in the palm of my hand wherever I go (to read or listen to), where there are countless spaces which my peers and I can make use of uninterrupted for little or no expense, and where we can communicate, challenge, distribute, present, plan any activity our hearts desire, why would I want to be tied down to a brick building? Why would I continue to be fascinated by having influence over what is on the whole an inactive congregation? More classes, access to better healthcare facilities, English-language sermons and so much more, can and IS being achieved away from the Gurdwara, whilst retaining the spirit in which the Guru changed the face of society. I truly feel bad for the members of Tera Panth Vasse and the ‘dirty politics’ they are encountering, but I’d ask them to reconsider what it is they’re hoping to achieve and evaluate if the Gurdwara is the best space from which to do that. 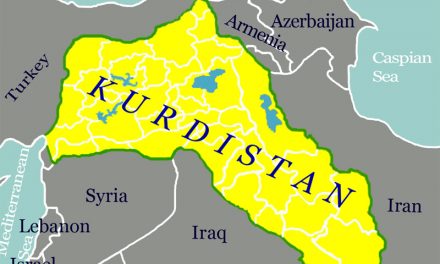