Darbar Sahib is still under attack 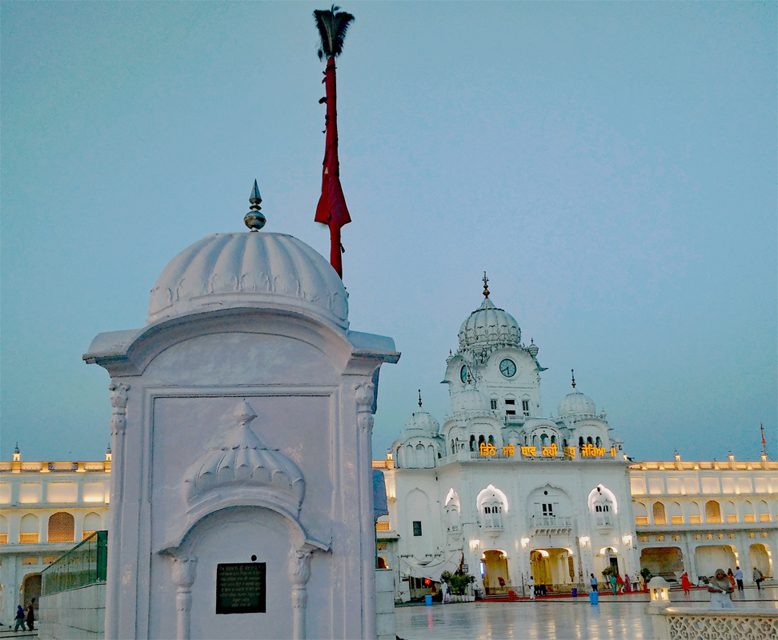 Another year passed. Commemoration events were significantly muted when considering those of recent years. The mainstream media’s role of reflection, both in Punjab and outside, lessened as it has gradually done over three decades. And as new generations emerge, an older class of Sikh perishes, taking with them the story of why our kith and kin died repelling armoured tanks and raging fires. That the invasion of Darbar Sahib in June 1984 would be relegated by Sikhs to the ‘once-a-year’ outing it presently occupies was not only inevitable, but a part of the master plan that has been employed from Delhi for almost a century now. What Sikhs once defended eludes the best of us; what Sikhs once fought for has been replaced with claims for reparations; names – people with hopes, dreams, and lives – rapidly become statistics. At this juncture I ask of the Panth including myself, are we in danger of forgetting what at this time of year we so proudly proclaim we will never forget?

This spring, for the first time in nine years I returned to Punjab. It had been far too long. Of the limited time we had, a visit to Darbar Sahib was the only shared item on my family’s itinerary, and the only event for which we all agreed we must make time for. My family likes to be in the complex overnight, walking in the footsteps of those 18th century outlaws who were forced to come under the cloak of night to immerse in the sarovar and enjoin in Ardas, setting out their mandate for rebellion. There is something unique about seeing the Darbar Sahib in a full 24 hour cycle, seeing the complex come to life as the Guru Granth Sahib is brought from, and then returned to the Akal Takht through the Darshani Deori. The architectural layout of the space starts to make sense and one can start to appreciate why Sikhs consider this their headquarters.

On my previous three returns to Punjab over the course of a decade, I had visited the Darbar Sahib overnight with the last coming in December 2008. On that occasion I was less than enamoured by the throngs of tourists and Punjabis awaiting flights from the nearby airport who had decided to congregate in the complex; it was then a new thing to visit Darbar Sahib before heading to the airport – a safe space for one last meal, and in all likelihood for superstitious desis to pray for a safe onward journey. For some reason I had conveniently forgotten this experience and was excited about taking my daughter to the Darbar Sahib for the first time. As we drove closer reality began to strike, with less of a single awakening slap in the face and more of an E-Honda hundred-hand slap finishing me off: what was once a city founded and constructed according to the vision of the fourth Guru Nanak has transformed into a monstrosity of fiberglass facades and capitalist opulence.

Recent visitors to the Darbar Sahib will be familiar with the car park that provides ‘convenience’ (apparently) and directly borders the stretching pink walkways that lead to the epicentre. Vast numbers of walkways, alleys, buildings and ground have been demolished to make way for the open plan (and controlled) environment that caters to 21st century tourists, with its Disney-fication of everything you see. My wife grabbed my arm and stopped dead in her tracks asking me to pinch her because this just couldn’t be real. But worst was yet to come.

When you first step down and witness the Darbar Sahib, you marvel at the shimmering gold before standing completely still in awe at the sight before you. You take in the surroundings, notice the birds and insects that dart around, and looking from left to right, gasp at the buildings that surround the sarovar, asking yourself if this place is real or a mirage. The first time I sat overnight on the edge of the sarovar staring deeply across the water, it came to me in a flight of fancy that the Darbar Sahib was from another world, landed from outer space in this spot and surrounded by water, awaiting a signal to lift off and return to the heavens again. This magic and majesty of the complex is undoubtedly by design. But that feeling evaded me when I walked across the threshold onto the parikarma two months ago. There were many little differences, some of which I still can’t identify, that have turned the Darbar Sahib into what the State propaganda has been telling us it is for over thirty years – a shrine. It is now the headquarters of Sikhdom in name only, with little semblance as the socio-political capital of the Sikh Qaum, serving commercial interests instead.

The specific changes and their impact are beyond what I can express in this piece and is the subject of an article authored by my wife for the ‘Sikh Sunehan’ publication to be presented at the next quarterly seminar of the Sikh Education Council. My purpose here is to share how I feel this relates to the events of 1984. The deep-rooted changes to the Darbar Sahib complex and its surroundings is the legacy of the June invasion by the Indian Government. Recent and past history has been erased, and with it, the story of how we came to be. The influx of lights, cameras and pay-roll sevadars is no symbol of progress, but the mark of the usurper. This is now a controlled environment, one that retains a sense of peace like that felt in the eye of a storm, eerie and in anticipation of the devastation yet to come. These words have been written so many times that I can’t believe we need to repeat them: the invasion of the Darbar Sahib was not to eliminate dissidents, but to strike a blow at the heart of all Sikhs and begin the dismantling of Sikh culture. That strike continues and will not be rescinded until Sikhs have been vanquished from living their way of life and nowhere is this more evident today than at the Darbar Sahib.

This isn’t the first time that the physical space has been occupied, defiled even, brought under agency control, and eroded of valuable, practical meaning; but what is unique on this occasion is that few of us have noticed. We continue to suffer in the midst of a less visible invasion from 1984 – such a furore envelops the community in every way possible that we cannot think clearly about what has and is being done to us. This is the part of the master plan where time is allowed to pass, where we mellow or rage indifferently and forget what the problem facing us was in the first place.

The daily television coverage, obligatory social media statuses, and umpteen selfies suggest that this is still our Darbar Sahib, but I would suggest otherwise. Sikhs who visit the Darbar Sahib today and bear testimony to the contentment it fills them with are divinely graced in a way that I am not; that or perhaps they are ignorant of the socio-political nature of Sikhi and choose to not see how that is being diminished in the physical environment of the complex. Many younger Sikhs never had the opportunity to glimpse upon the Darbar Sahib prior to around 1999, a key year when this turnaround started in earnest and this too is quite important. A common utterance emerges from that time onwards that is counter to my experience before it: Darbar Sahib is a peaceful place. These are the words of a people suffering shellshock for whilst the Darbar Sahib inspires immense wonder of the intellect and unbridled joy within the soul, it is like all other capital cities not a place attributable to peace.

There will be many of you reading this who disagree with my opinion; I accept that. How we view the World is based upon our knowledge, experience, and most importantly our feelings. Whilst I can outline my reasoning for the former two (albeit only to some degree in this piece) there is no way we can fully grasp how one another feels about the Darbar Sahib. As a community that continues to suffer from blows that are going unseen transcending the invasion of 1984, it is difficult for us to reconcile these feelings as a collective, take stock and move forward. And that is why what took place in June was so much larger than the media, the World, and even we Sikhs realise. What occured is part of a much bigger timeline, one that is continuing to be drawn and in which we are failing to assert ourselves. With the passing of time our grasp on reality slips ever further away symbolised by our current demands for inquiries and acknowledgement, devoid of any mention for political, economic and ecological sovereignty. We must reconnect with the Shabad in more than mere recitation for the Guru put forward certain values and beliefs we need to avail ourselves of. From the earliest moment the House of Guru Nanak developed our surroundings and an environment, in Amritsar in particular, to reflect what it is that Sikhi has to offfer the World. In that context, what the current state of the Darbar Sahib says about Sikhs is that whilst we seek order from chaos, we are looking in all the wrong directions for it. Thirty-three years may have now passed, but our wounds are fresh and deep, and still blind us to the power of what it is that we face.