Will the Diaspora save or doom Sikhi?

At one of his recent events the Sikh preacher Ranjit Singh Dhadrianwale encouraged his Indian audience to educate their children and send them abroad. “Let them spread out around the world“, he said in Punjabi. “Let them take Sikhism to every corner of the world. There is no difference now between here and abroad.” His statements made me wonder if he’s right. While it’s impossible to predict the future, Dhadrianwale’s advice does raise many questions about where our community is headed. Does Sikhi face an inevitable doom in India as Hindu fascism continues to grow and our youth are pressured to migrate abroad in droves? And if everyone migrates, can Sikhi flourish in English speaking countries or will the forces of assimilation be too strong to overcome in generations to come?

The other question is what would our Gurus do? Would the Gurus encourage Sikh youth to learn English and migrate to Canada? On the one hand, Guru Nanak travelled the world to spread his message and learn from others. He certainly was not one to encourage people to stay in one place and refuse to move. But it’s also true that in the end he returned to Punjab. The same is true for Guru Gobind Singh who was forced out of Sikh territory by enemies, but dedicated his life to returning and reclaiming the land. You do not see this same desire to return to Punjab in economic migrants. They leave and while some may occasionally return for visits, the vast majority don’t resettle in their native land to improve it.

In some ways I don’t blame them. The way things are in India, some Diaspora Sikhs probably feel hopeless about their chances of fixing anything in Punjab. Human rights violations, corruption and prejudice make it nearly impossible for anyone to accomplish anything radical there. Sikhs who live in India are also in a tough situation. They face a constant pressure to get a visa stamped in their passport. Many of them claim it’s impossible to make a dent in India’s corrupt society. They only see a future abroad and don’t even contemplate staying in their native land.

What does this mean for our future (as Sikhs)? Well, for one Dhadrianwale may be right. Perhaps Sikhi is meant to break out of the Punjabi identity that it’s historically tied to and become more of a global movement. Gurbani teaches us to be go beyond the maya of emotional ties to things and people. Perhaps emotional ties to the land and culture are just part of this maya? Sikhi’s teachings transcend any geographical boundaries so it may be possible for our community to thrive even without a strong connection to Punjab.

On the other hand, the mass Sikh exodus from Punjab we’ve seen over the last century could doom us to never having a motherland. Can we survive without one? I am not sure, but between these two possibilities I know there must be a middle ground. Certain things give me hope – the commercial success of people like Diljit Dosanjh and Jus Reign, the grassroots movement started by Basics of Sikhi founders, meeting a fourth generation Sikh American who gave her child a hardcore Punjabi name, etc. These examples show that there are ways to maintain identity amidst the many dominant cultures Sikhs are surrounded by. And I know this maintenance of our roots is crucial in keeping the vision of the Gurus alive as we proceed towards the ever uncertain future. 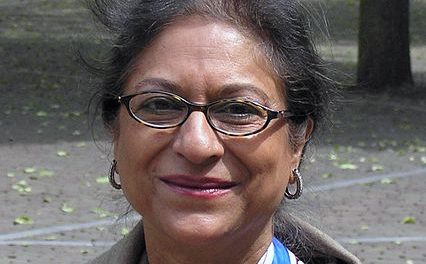