“We need to move on”. “Forgive, not forget”. “Times have changed”. These are commonly uttered statements when it comes to the events that took place in Indian Punjab during 1984. In this thirtieth anniversary since the invasion of the Darbar Sahib at Amritsar and the Genocide of Sikhs centred in Delhi, I have heard it said that it has been surprising how few commemorative events have taken place or how little coverage has been garnered amongst the Sikh Diaspora. But it should not be surprising; it is rather in-keeping with the reaction to those tumultuous years – chaotic and confusing. Many Sikhs have “moved on”, “forgiven” and accepted that the “times have changed”. I am not one of them.

About ten years ago, I went along to a lecture being delivered at UCL (University College London) which was hosted by the Sikh society there, but was open to the general public (before rules became much stricter, University campus lecture theatres were booked for public engagements by Sikhs so as to afford use of a central London venue without incurring considerable expense!) I made my way quietly in to what was a packed auditorium, predominantly comprising students with scattered graduates, adults and the odd family in their midst. The speaker was a charismatic Sikh gentleman from abroad who enrapt the audience with his humorous observations on modern life and his refreshing interpretation of Sikhi as a total societal revolution, as opposed to a codified religion. I was thoroughly entertained and inspired by this speaker who was vocalising ideas that I shared, but had rarely heard so publicly in the UK. I felt satisfied and pleased… that was until his closing remarks, in which he took a marker and wrote in giant figures on a flip-chart the number ‘1984’. He very succinctly stated that his comprehension of the Sikh way of life and his attitude which had won over so many admirers in the audience was due to the fact that he had been able to “move on from 1984”. This conclusion did not belittle his earlier oratory, but it left a sour taste in my mouth to say the least. For many years I had avoided talking about that fateful year publicly, even though it was at the heart of my every move and activity. I purposely avoided what I saw as the ‘1984’ crowd, mostly fellow young Sikh men, whose only engagement with the Sikh way of life was sloganeering and a crude comprehension of what had taken place. But after this lecture I decided that that could no longer continue.

The stance taken by the speaker at that lecture is a common one, even amongst Sikhs in the Diaspora. Time and again I meet people who are under the misinformed impression that the invasion of the Darbar Sahib was an action to “flush out militants” and that the Genocide of November was “in reaction to the assassination of Prime Minister Indira Gandhi”. Leaving aside the unsatisfactory nature of even those explanations for the murder of tens of thousands of Sikhs in their ‘home country’, what that viewpoint negates is the context of those events, the series of incidents dating back over a hundred years that led to that point, all of which are crucial to reaching a conclusion that determines which direction to take next – for both the individual and the Panth as a collective. 1984 is not a year to consider in isolation. Nor does it suffice to go back as far as 1978. Or 1973. Or 1966. Or 1947. We need to understand it more completely from a social, religious, and political viewpoint in the context of recent South Asian history. So much is availble in this regard already whether it is in academic work by the likes of Vandana Shiva or Giorgio Shani, or in the humble offerings of our own website. All that’s required is the impetus of the Sikh Diaspora to consume it. But that’s where we’ve been in limbo now for thirty years. That desire is not there.

For that reason I still don’t talk very publicly about 1984 with the Sikh community, whether on Gurdwara stages, in Sikh media outlets or at community rallies. The conversation level is rudimentary and the waters are far too muddied for many Sikhs of Punjabi-origin. A few months after I had attended that lecture for example, I happened to engage in general conversation with an old friend about Punjab and its current state of affairs. He wondered aloud if Punjab now had any problems at all and asked, “had that not all died down?” I found myself quite flummoxed by his question and almost in shock asked him how he had reached that conclusion, irrespective of the fact that he had proffered it as a query. His reply irritated me so much that I still find it hard to write about. “Punjab now had Americanised hotels, restaurants such as Haveli, and sprawling homes like the ‘kothis’ that had arisen in his village… surely this was indicative that Punjab was now prosperous and the demands of previous decades had been fulfilled?” I didn’t know where to begin to respond. I still don’t. Do I explain that western-style commerce is a luxury for foreign tourists and not frequented by those who live there, or forego beating around the bush and suggest straight out that rampant capitalism and corporate trade is destroying civilisation as we know it? That might sound humourous, but I am pained at the lack of depth in our understanding of what is going on. It is similarly painful how our community labels those who do delve deeper as “very religious”, sometimes “cynical”, and occasionally “militant”.

Of course there is more in our lives than the happenings on a different continent, particularly when it is a World that we left behind or never even knew, relevant to us now only through ancestry and familial stories of the way we used to be. Now we have different careers, social lives, interests and hobbies; we have laid new roots in societies that have relatively embraced and welcomed us into their towns and cities; and, we raise families further removed generation-upon-generation from the troubled land that was once unwillingly left behind. And yet despite all that, still I can’t bring myself to forget it. I can’t move on from what that land has faced and continues to face. I cannot convince myself of the untruth that times have changed. I think of my first-cousins who having failed to migrate to Europe in the 1980s, North America in the 1990s, and Australasia in the 2000s, have now opted to take a different sort of leave from the Punjab in which they reside, in which they are second-class citizens facing a bleak future relieved only by the multitude of intoxicants on offer. I think of the countless Sikhs who are remembered daily in the Ardas for standing firmly by the beliefs of the House of Guru Nanak despite the repercussions they faced and the price they paid and wonder what they might think of me should I too “move on”. But most of all I think of the futility of arrests, convictions and State apologies when Government policies have not changed in half a century. 1984 heralded the most recent climax of a clash between contrasting ideologies, a clash that continues to occur, but where one side is clearly in the ascendency. To accept that “times have changed”, to “forgive”, to “move on” is to not understand what took place and knowing what I know that can never be the way that I go. 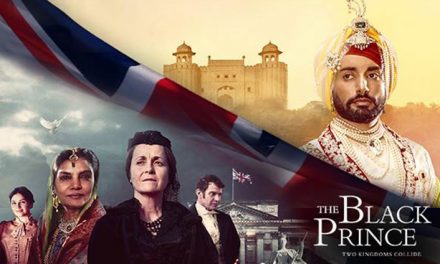