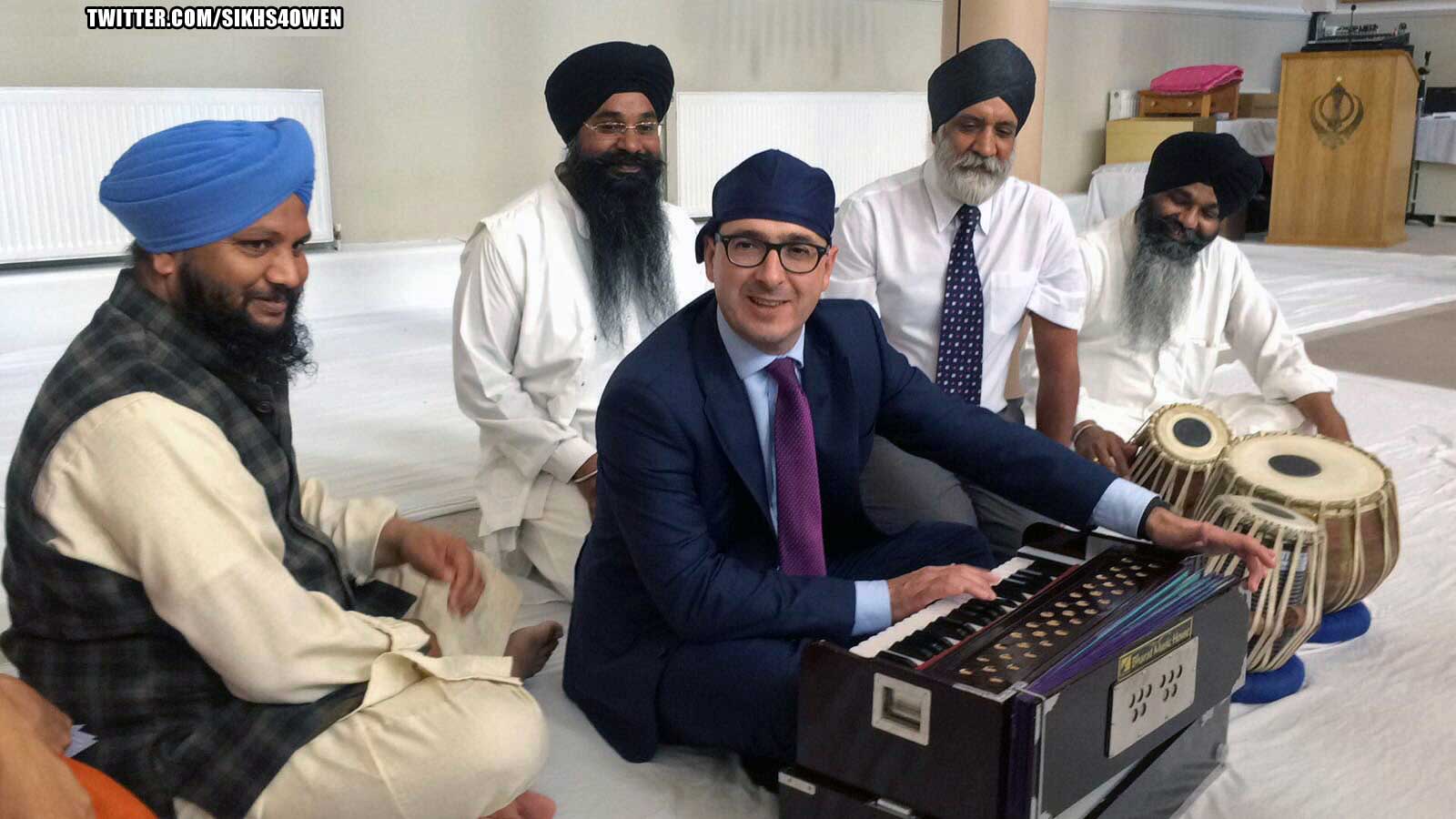 I have become so accustomed to seeing Indians playing the servile pets of politicians that what instigated the content of this article should not have shocked me. But it did. And I can’t be the only one who wants to cry out to the heavens everytime I see grown men and women in South Asia, North America, or even here in the UK, playing up to authoritarian figures.

The UK’s Labour Party which presently occupies the opposition benches in Parliament is going through a leadership challenge. The existing leader of the party, Jeremy Corbyn enjoys support amongst grass roots activists and a significant number of party members, but is seen as too extreme and un-electable as a national figurehead by some of his peers in Westminster and again from some sections of the membership. It is to this backdrop that his challenger Owen Smith, has been prominetly photographed in recent weeks with members of the Sikh community. He seems to have the support of one particular group on social media – ‘Sikhs for Owen Smith‘ – who last week tested the patience of Corbyn-supporting Sikhs by staging a photo opportunity of Smith in a Gurdwara sat behind an open vaja. Some of our readers will be asking what’s the big deal with being photographed behind an open vaja in a Gurdwara? Doesn’t it show that Smith is taking an interest in Sikhi, venturing into our environment and wanting to be seen to celebrate our culture? Not at all, on the contrary what it shows is how needy we are for political acknowledgement; it is an indictment of our deceased conscience.

A newspaper article on the Gurdwara visit sheds more light on why I feel this is. The Birmingham Mail reports that Smith “has pledged to get more Sikhs into Parliament after being a guest of the community“. The article goes on to quote one Gurinder Joshan of the aforementioned Sikhs4Owen social media group as welcoming this pledge and identifying that the House of Lords is a good place to start. I can see why so many Sikhs would look favourably upon this as there are no elected Sikhs in Parliament and only three in the House of Lords – visible representation is therefore of some concern. But what of real issues that the Sikh ethos demands we want to see tackled? Why no pledge to halt the growing divide emerging in this country between the have and have-nots? What of our concern for how the NHS is being dismantled, or the aim of foreign policy in dictatorial States, or the unchecked people trafficking for criminal purposes taking place right under our nose? Why are Sikhs settling for something so nepotistic and in the bigger scheme of things irrelevant? (Anyone who thinks that by having ‘Sikhs’ in Parliament represents our philosophy need look no further than the voting history and contributions in Parliament of Piara Khabra or Paul Uppal).

Sikhi is neither left-leaning nor right; we cannot permit our name to be pigeon-holed to fit into the political boundaries ear-marked by any empirical power, whether here in the UK or anywhere else in the World. That we allow politicians to enter into the Darbar – the court of the King – so readily and compromisingly is a topic that I touched upon last year in a youtube video titled ‘Special treatment for politicians in Gurdware grinds my gutti‘. There is a video on the Birmingham Mail website accompanying the news article of Owen Smith’s Gurdwara visit that fits everything I complained about back then – grown men and women laugh as Smith “taps” on a tabla and then tickles the keys of the harmonium; he is told that he is “a natural”. First I threw-up a little, then I screamed aloud, then I swore, and now I am unashamedly shedding a tear for the demise of what was once a free people. It is a horrifying watch. Perhaps nobody in the Gurdwara received the memo that the vaja (harmonium) was the instrument of yesterday, and that a dilruba would have provided more authenticity; or perhaps it was an unintentionally canny prop to add an unspoken message to the propaganda moment, symbolising the complete infiltration of the British establishment over their Sikh subjects.

Let me make clear that I am neither a Labour Party member or supporter, nor am I interested in the current debate concerning the leadership, structure and direction that the party takes. My interest in writing this piece comes from a deep concern that Labour Party supporting Sikhs are intentionally using the Gurdwara and the collective name of the Sikh people to be associated with either candidate, at all. An individual who happens to be Sikh can support and publicly endorse the political candidate of their choice as they wish. Whilst they will invariably be recognised as Sikh and therefore in some manner representative of Sikhs as a collective, it is incumbent upon them to take great care not to be seen speaking on behalf of the Sikh nation. The moniker ‘Sikhs 4 Owen Smith’ should be just as unwelcome as ‘Sikhs 4 Corbyn’ or ‘Sikhs for Labour’. No individual has the right to endorse a political candidate or party on behalf of Sikhs, whether at a national, regional or local level; that is a decision that only the Panth can take collectively and it is my contention that this type of political endorsement must be brought to an end. Sadly I don’t think it will. 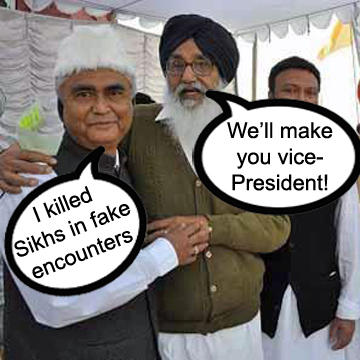