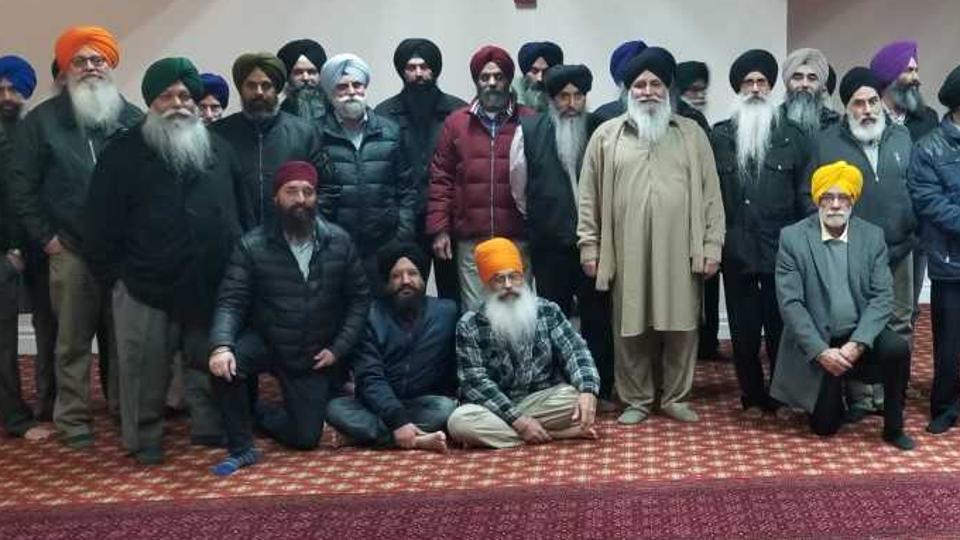 A week ago over the New Year weekend, a meeting was held at the Jot Parkash Gurdwara in Brampton, Toronto, where a resolution was passed barring officials representing India from interfering with Sikh affairs through Gurdwareh. It has been widely reported that committee members from fourteen Gurdwareh in the Greater Toronto Area attended the meeting, unanimously passing the resolution that was then shared through the Ontario Gurdwara Committees group. In the days since, the Resolution garnered much interest and column inches from Indian media, as well as commentators from both ends of the spectrum. Over this last weekend, the ban was formally adopted by a number of Sikh Gurdwareh across North America, Europe and Australasia, confirming that the stand taken in Canada was neither a perfunctory act nor one to be rescinded easily. As usual in these situations, there seems to be some confusion-mongering emanating from certain quarters to malign the resolution and blight the name of the Sikh community in the West, to refute which I am authoring this piece aiming to clarify the terms of the ban, the reasons behind it, and to even ask if it can be developed further.

In many of the press reports touching upon the topic, the following paragraph from the published statement of the Ontario Gurdwara Committees was shared that needs to be digested carefully.

“Keeping in mind the interference of Indian Consular and Indian Government officials in the lives of Canadian Sikhs, Gurdwara Management Committees have jointly taken the decision to bar the entry of these officials and members from Gurdwaras across Canada. The presence of these officials makes members of the Sikh community uncomfortable due to their agenda of undermining the autonomy of Sikh institutions and organisations. It is our obligation to ensure the safety of the Sangat, and accordingly we have arrived at this decision.“

This statement has been misused by some Indian columnists to suggest that individuals are being prevented from entering Gurdwareh, which would go against the tenets of the Sikh way of life and the unfettered access to the World at large for darshan of the Guru. This notion could not be further from the truth and a careful reading of this paragpraph alone makes it clear that that is not behind the resolution. Those being barred from the Gurdwara are “Indian Government officials (and members of Indian Consulates)” whom it is contended have been interfering in the lives of Canadian Sikhs. Their presence is “uncomfortable” and thus deemed worthy of restriction due to their “agenda of undermining the autonomy of Sikh institutions ad organisations” which itself suggests that they are not restricted from attending in a personal capacity, but are henceforth in their roles as representatives of the Indian State. This element of the resolution was elaborated on by Gurpreet Singh Bal, the President of the Ontario Khalsa Darbar in Mississauga (Dixie Road Gurdwara) who in speaking to the press said, “This decision was taken unanimously. The Indian government interferes too much in the community. Gurdwara is open for everyone, but when they are on official basis, that’s not allowed.”

That the spokespeople for the Indian State would continue to push this line despite such unambiguous clarification is unsurprising if one comprehends the true nature of the relationship between India and the Sikh nation. And it is in this light that we should consider the reasoning behind the formalising of the resolution, which has and continues to be an unwritten rule in many Gurdwareh across the World. This relationship is one of two competing entities, unmatched in size and circumstantial power, but diametrically opposed by way of their ideology. The formal creation of the Indian state (and the Pakistani state I might add) was unacceptable to the Sikhs in 1947, but lacking the depth of human resources to deal with the events of that time all that could be lodged was formal protest. In the decades that followed, those protests developed into agitations, dissension and ultimately rebellion, culminating (or so the Indian State hoped) in the watershed year of 1984 when the annihilation of the Sikh way of life was attempted by the executors of the Indian project. This act of war upon the Sikhs was met with unexpected resistence and in the years that followed fighting between Sikh combatants and the Indian State was war in all but name. That battle has continued right into the modern day, where in the West an altogether more covert stratagem has been adopted by the Indian State through interference and infiltration of Sikh institutions, most notably the Gurdwara. Since 1984 there have been odd occasions where Indian State officials have been invited to speak on the platform provided at the Gurdwara, but those opportunities have been few and far between. Over the last five years in particular, this avenue for speaking on ‘Sikh stages’ has been amplified to encompass University societies, faith schools and multi-purpose buildings, all belonging to the Sikh community. That the Gurdwareh in the province of Ontario and now beyond have sought to put into writing what they informally have practised for decades is a unilateral message to say, ‘we see you coming’.

There are of course specific happenings at this time that have influenced the decision too, such as the Indian state’s attempts to undermine the Ontario Legislature’s recognition of the Sikh Genocide that has by all accounts caused much consternation in Delhi. Similarly, the arrest and continued imprisonment of UK citizen Jagtar Singh Johal under false and bewildering charges in India late last year, as well as rising acts of intimidation by the Rashtriya Swayamsevak Sangh (RSS) have instigated the resolution. Whilst the Deputy High Commissioner to London Dinesh Patnaik called it a knee-jerk reaction and “a sign of fear“, the truth is quite different. It is I would contend a sign of rising Sikh power to regain the Guru Panth’s stage both physical and philosophical from the slumber in which it has denigrated for these last twenty-something years. This past weekend other Gurdwaras around the World have followed suit not just in Canada where British Columbia Gurdwareh passed a written resolution but in individual Gurdwareh where the reasoning behind it was expressed clearly as this video and statement by California’s Gurdwara Singh Sabha Milpitas shows. One can also look back to a protest by Sikh Information Center director Bhajan Singh at a ‘Guru Gobind Singh Seminar’ event where the Indian Consulate was about to be bestowed with a dastar – a symbolic gift of significance that should not be given out so lightly – as linked to this growing empowerment and it is with this all in mind that one must ask where we should go from here. Moves by the Sikh Federation (UK) to extend the ban worldwide were met with ridicule by some in the Indian media just as the original resolution announcement was. But I would like to think this is the start of asking who we allow to speak on the Guru Panth’s stage and whether they are presenting Gurmat – the Guru’s thinking. If they are not, perhaps this ban should be extended accordingly to bring Sikh institutions back in to the spaces that freed enslaved minds, rather than the free-for-all community town halls they have become.