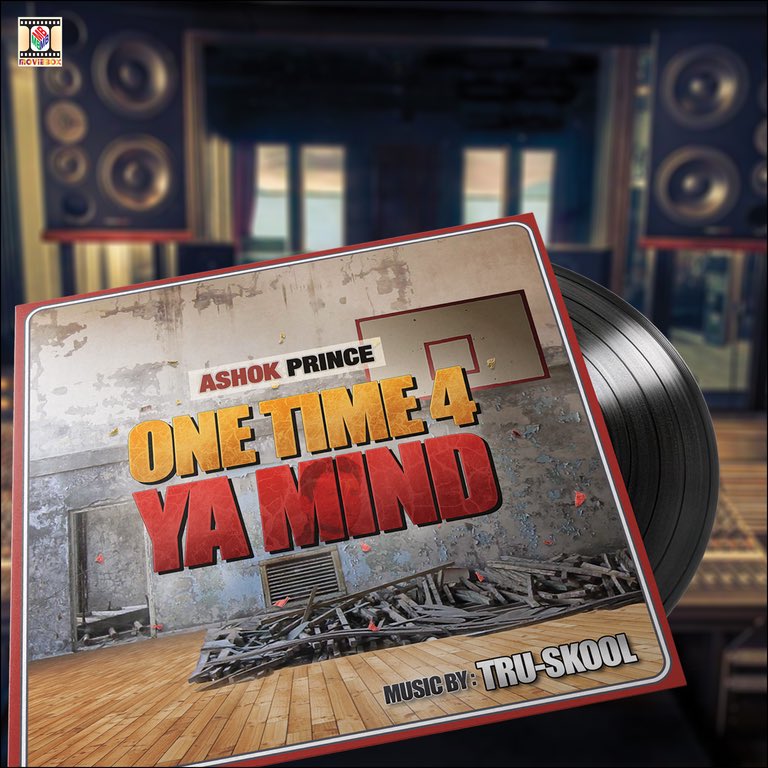 UK-based Punjabi producer Tru Skool has released his first major body of work in four years – an album by vocalist Ashok Prince. ‘One Time 4 Ya Mind’ made history on the day of it’s release when it reached number 3 in the mainstream album charts which was a first for any Punjabi artist. I had drafted this article before the release and whilst the sentiments expressed are the same, I am now publishing this piece vindicated by the records that have been broken since the album launched: namely that Punjabi folk music is far from dead, in fact it is gaining in popularity, despite so many obstacles.

In the interests of disclosure I should reveal that I am a huge fan of Tru Skool and that I contributed to a documentary made to introduce the singer Ashok Prince earlier this month. Despite that however, I am first and foremost a commentator looking in on how Punjabi culture is being propagated and analysing what that says about the direction the community is taking; hence this article. This is not a review of the album. If you clicked on the documentary link above you will have seen that I encouraged people to buy it before it was out which should tell you all you need to know about what I think of ‘One Time 4 Ya Mind’ as an artistic work! What I’ve found most interesting and has compelled me to write is the sheer level of interest around the album in the Diaspora, particularly the UK, for what is predominantly a Punjabi folk sound.

Since the first Punjabis migrated to the United Kingdom en masse half a century ago, the demise of their culture and identity has been prophesied all too often. Whilst those who underwent the arduous departure and journey from the homeland were expected to cling on to the music and folk stories they grew up with, less hope was held out for their offspring. They, it was predicted, would adopt the ways of their new environment, leaving behind the Punjabi language opting instead for the perceived superiority of globally dominant English language, music and culture. Nowhere would this be more evident than when it came to the fandom and purchasing of music. How could a foreign tongue compete with the tunes and rhymes that were being shared everyday in the school yard and the office alike? For a period of time when I was still a child in the late eighties, it used to appear that this was going to be borne out, with little interest in Punjabi music. The bhangra regeneration of that decade by super bands like Alaap and Heera was seen as unfashionable amongst my peers and the elder kids we looked up to at school, solely acknowledged as enjoyable at private family parties and weddings.

But as I entered my teenage years something happened: hip hop became extremely popular amongst young people of a South Asian background. Alongside music from the likes of De La Soul and Public Enemy, the fashion and empowerment that defined black youth culture in North America inspired a rebirth of bhangra that made it cool to listen to Punjabi folk music again. From Jazzy B to Panjabi MC, the nineties were an amazing time for Punjabi folk music, as it was fused and inspired by the hip hop movement. This wasn’t folk music for the purists by any means, but the major elements of the art form were there, and made up the most prominent ingredients of the biggest records in the Punjabi scene at that time.

It is in this context that one has to appreciate the talent that is Tru Skool. A Derby-native born and raised in the UK, Sukhjit Singh Olk’s love of music drove him to take it up as a career. Before releasing the now legendary albums ‘Word is Born’ and ‘Repazent’ with his then collaborator ‘Specialist’, he had learnt his trade performing as a musician with prominent UK performers. Thus, unlike many producers in the Punjabi music industry today, he is an accomplished musician with an intimate understanding of the instruments at his disposal. Combined with his deep appreciation of hip hop, his music is now emerging as the definitive soundtrack for more than one generation of Punjabis in the West. Far from rejecting the cultural roots of their ancestors, these people of Punjabi origin are flocking towards it, purchasing copies of this latest Tru Skool produced album in such a huge number as to reach the once holy grail of mainstream charts. Having witnessed so many attempts (pre-dating the digital era) by Punjabi musicians watering down their content to make it into the charts, it is a thing of wonder that when this feat is now attained (at a canter) it is an album comprising ten tracks all titled in Punjabi that makes it.

There are other reasons to be excited by this week’s activity. Not only has ‘One Time 4 Ya Mind’ introduced Ashok Prince from out of nowhere as one of the most exciting voices around, but it has given an opportunity to a UK-born lyricist, Amarjit Dhami to be recorded and published for the first time. I have encountered Dhami as he is affectionately known on a few occasions, but have never had the chance to converse with him in any depth (how I regret that now!) His penned verses on ‘One Time 4 Ya Mind’ are jaw-droppingly good, not just for a Punjabi lyricist whose first language is English, but because they come at a time when most of the content being produced in South Asia comprises just as many terms in English as they do in the native language. His vocabulary and poetic structure is admirable and wouldn’t look out of place in any of the traditional akhare or kavi darbars I’ve been to. Whilst he is unique in this regard, I would argue that he exemplifies migrant offspring who far from shedding their connection to the land of their ancestors are embracing it and becoming a bastion of its culture.

Whilst I am in awe of the whole album, not everybody will be; that is of course understandable and the reason why the music industry is so vast – there is room for everybody and every style. What I am lauding and would like to present for public debate is the underestimated amount of love for Punjabi folk music that the release of this album has proven. Both mainstream and alternative media in the South Asian Diaspora give little air time and column inches to Punjabi folk music. This is reflected in other cultural areas too as I have personally experienced, where few outlets show any interest in covering the recent phenomenon of UK Punjabi folk dancing competitions (6 of my last 7 competitions have been held to sold out venues). But unlike our humble events, there is a very sizeable financial scope to Punjabi folk music that makes it is inexplicable that the media have been ignoring it. Some might argue that Tru Skool himself shuns the limelight and so it is unfair to point the figure at journalists and broadcasters, but this is a familiar tale for others who produce in the same genre like Kaos Productions. What will it take for radio, TV and publishing to catch up, to reflect the record-buying audience?

Every member of Tru Skool’s team from programmer Tee-L to the unknown tea-makers late at night should be very proud of what they have achieved. That an album like this of Punjabi folk music is released at all is something I would celebrate; that it has become the biggest album of recent years has me twirling my muchaan. Ashok Prince is an exceptional voice and I can’t wait to see and hear him live, but it is the work of those around him that has me giving a standing ovation; from the cold and distant streets of Derby, against all expectations and quite contrary to rumours of its death, Belaatis are breathing life into the folk music of Punjab.

One Tme 4 Ya Mind is available now on iTunes, Google Play and on CD.

Looking down isn’t so bad