I haven’t celebrated my birthday for many years now. For some time after I took khande-di-pahul, I looked at my birthday as a good point at which to pause and reflect on my own life, to see where I was going and what I had achieved. But as the years have progressed, I’ve found myself doing that more and more regularly, not waiting for my birthday to come around before reviewing things and instigating change. Now my birthday is just another day as far as I’m concerned and whilst I don’t regret celebrating it in the past – in fact to the contrary, I think it’s incredibly important to do so as a child and young adult – I am glad to be where I am right now.

The decision to do this has had a significant impact on my social life. A lot of people look at birthdays as a time to connect with those they don’t see regularly and accordingly I’ve lost contact with lots of acquaintances who would otherwise have maintained a ‘happy birthday’ text message correspondence. In addition, with a few notable exceptions to whom I wish birthday greetings each year, I’ve found myself less inclined to wish birthday greetings to family, friends and peers in turn, a fact that hasn’t been lost on those who take such occasions seriously. I do try to explain that it is nothing personal and they should keep in mind the time I make to speak to them all-year round – generally, I have an open door policy making myself available to speak to anyone, anywhere if they need advice, help or just a chat. But that reasoning doesn’t always pass muster.

This weekend as tens of thousands of Sikhs flocked to the Gurdwara to celebrate the birth anniversary of Guru Nanak, I had reason to think about what it means to celebrate a birthday. Sikhs including those who otherwise engage very little with their Guru, partake in the festivities by attending the Gurdwara, sharing images on social media and sending greetings messages by text or whatsapp. This is an important part of a Sikh’s journey and is vital to increasing a bond of love between the Sikh and their Guru. It’s something I have fond memories of doing when I was growing up! Newcomers to Sikhi, young people and those who are finding it difficult to advance along the path, gain a penchant for being amongst the Sangat at this time and increase their awareness of what the Guru means to the Sikh. It is a unique relationship that surpasses that of a parent and child or a husband and wife; it is much more than the teacher-student label that we give it. When one comes to realise what this relationship is (or at least to some extent), waiting around for a whole year to publicly show your affection for the House of the Guru loses its meaning. It may sound cliché, but it becomes addictive to celebrate the birth of Guru Nanak all year round. His birth signifies the moment at which a new way to live was born. I can’t speak for any other Sikhs, but I find the best way to celebrate that birth is by putting that new way of living into practice and working to make the World a better place for everyone based upon it.

It should come as no surprise that Sikhs who are far removed from their Guru otherwise, remember him on his birth anniversary and share their greetings with fellow Sikhs at this time. Whilst the Gurpurb of Guru Nanak has become somewhat commercialised which is to be expected in the modern World, what is important is that the love Sikhs have for the Guru is being expressed. What we need is the next step where a Sikh can celebrate the birth of their Guru by going beyond making excess amounts of jelibeean and pakore for consumption, or recounting tales of his birth in a Facebook status. In the future perhaps we shall celebrate the Guru’s birth by emulating his way of living every single day, unafraid to speak out against tyranny and oppression, all the while searching for the contentment that we know he brought to the World. Perhaps we’ll no longer allow a calendar to dictate when we heap praise on our Guru, instead we’ll do so on every day of the year. Perhaps we’ll look at his birth anniversary as just another day, in a World where we celebrate it every single day. 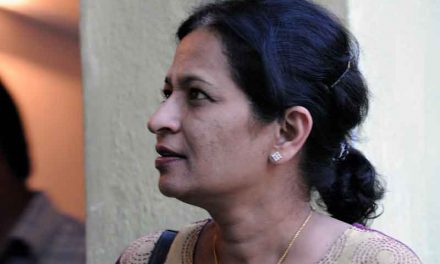