A major goal for any State is to provide equal education of quality through schools to all in society.

The focus of successive Governments to enhance the Indian school system has been lacking although certain steps are being taken now to rethink things. The primary responsibility of the State in education is to strengthen the public school system and help to create a learned society from the bottom up. But in India at present, the trend is for private schools who are largely money orientated and operate at the cost of a lost childhood and subjugation of any creative spirit. State schools are like poorer cousins as central and state Governments don’t provide the needed funds to keep the education system at a similar wavelength with private schools. The majority of Indian children belong to lower-middle class daily-wage workers and street-living households who attend these schools.

I don’t have a vast experience of the modern western school system, but from what I have read they help to enhance understanding and depth in tender minds making them lean towards acquiring an all-round sense of life. The skills and knowledge which is learnt through pleasure is permanent. Indian state schools which used to be known for producing social leaders, scientists, actors, athletes, writers and so many more are becoming a thing of the past. They don’t have the teaching or capacity any more. The neglect of state schools at the cost of private education is creating a wedge in the population as quality education is becoming way out of reach for a majority of the population. Certain steps and laws have been put in place to safeguard against this divide by making private institutions accept children from deprived backgrounds but the implementation of this is still a dream. There are rare examples like that of Sister Cyril, an Irish nun who has run the Loretto Sealdah school over the last two decades where children of a lesser God – street girls – are given a chance to acquire quality education alongside children of more affluent classes.

The present trend in most schools be it private or public is to impose knowledge where even traditional subjects like Maths are memorised and not taught. Too many schools drain pupils of basic stamina by exhausting the brain with imposed knowledge. Originality and all-round development lose out. The heavy burden of school bags which the children can hardly carry does not help improve their minds but does help to give them back problems. The Irish poet W.B.Yeats is said to have once stated that education is not the filling of the pail, but the lighting of a fire. This means that through education the mind is illuminated and refined. But sadly the schools across India continue to promote the mere collection of data to pupils and are places of enforced burdens that exploit students. The innocent pleasures of childhood are torn apart by excessive homework, intimidating impositions and rude teachers – the latter is a growing problem as increasingly people who don’t succeed in other professions choose the education sector as a backup career. The creativeness in children’s minds is being destroyed.

Still in India, the birth of a child determines what kind of education they will have. The richest families can send their children overseas to the worlds best schools or within the country to elite exclusive schools. The lower middle classes and urban children attend state schools. Rural children are at the lowest level and are gradually discouraged from good education the older they get. This disparity is leading to a huge gap in our surroundings and is one of the factors of the brain drain from Punjab. Throughout India, like Punjab, a level playing field has not come about and instead the inequalities of Indian society have been reinforced. A Hindi movie from last year ‘Aarakshan’ highlighted this to a greater extent and showed how State neglect in education has robbed us of an educated population. We are becoming a frustrated people and it is the State that will ultimately suffer if education is not equalised. 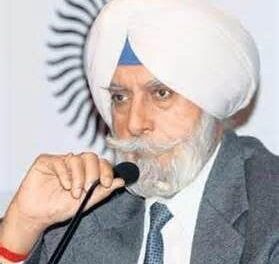