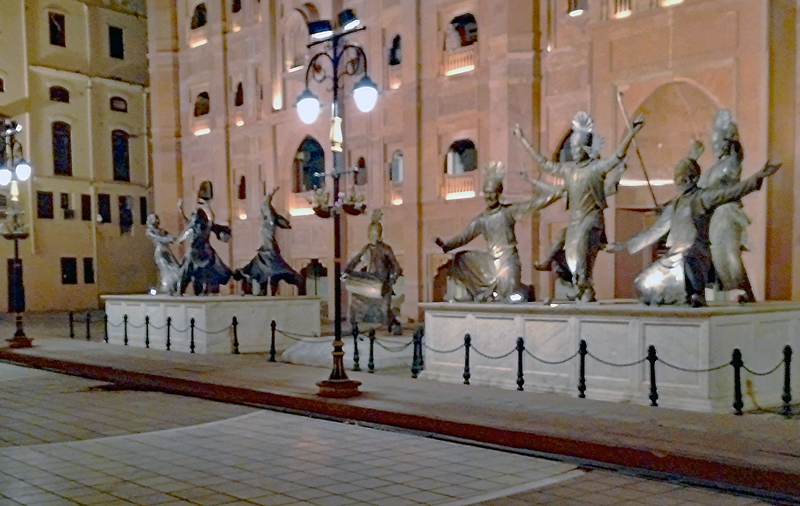 A fortnight ago I made the familiar journey home to Punjab after a near-decade away. Having heard so much about immense progress in the towns and cities, I anticipated seeing a vastly different place than the one I remembered. A number of questions filled my head: how significant were those changes? Did they manifest a more positive outlook amongst the people of Punjab? Or are the glowing social media posts and pictures masking the real Punjab that I had last seen in 2008?

I travelled to Punjab less than a month after the result of the Punjab State elections had been announced. Punjab State Governments have yo-yo’d under Indian occupation, reverting between differing political players and parties, but the early years of the 21st century brought an abrupt halt to this with back-to-back Akali-led State Governments. The Shiromani Akali Dal (Badal) though was decimated in these most recent elections and now under a Captain Amrinder Singh-led Congress Party, Punjab is once again under that horrible cloud called ‘Hope’, epitomised by bustling political postures and endless promise, with little to show for it.

I stepped out of the vastly-improved airport at Delhi and began the familiar route through historic cities and towns that I only ever seem to pass through on my way to Phagwara. On the clogged roads, street vendors clamoured around vehicles at every stop selling plastic toys, coconut portions and windscreen visors; not so different here then. Similarly, the Pehalwan Dhaba where we generally stop to eat outside Delhi had seen little change (not that it needs it) but these signs were ominous that the progress in Punjab I have heard about is being overstated.

I was wrong, in one sense at least. Punjab has changed in the ten years I’ve been away – but not for the better.

There are now even more gaudy houses standing empty gathering dirt and dust, all the while imposing themselves into the psyche of those Punjabis who are left behind. Little wonder then that so many (in the Doaba at least) want to leave for pastures new, when they see tens of thousands being frivolously spent by westerners on white elephants. But more surprising than the unnecessarily grandiose residential properties are the rise of the extravagant city hotels complete with shops, restaurants and bars that stand in complete ignorance of the abject poverty immediately on their doorstep. In an instant, one passes by dishevelled middle-aged women shuffling through rubbish, into air-conditioned, marble-clad, ‘yes-sir, no-sir, manned’ palatial surroundings.

The influx of western style eateries and retailers also cannot be denied, although the addition of random Subway, Burger King and Domino’s Pizza franchises into over-crowded and rundown streets is hardly what I’d call progress. On our first full day in Punjab, we ate lunch at Subway in Phagwara where I barely finished a 6” monstrosity that was neither a veggie patti, nor a souped-up tikki. My parents who had been in Punjab for over three months by this point thought it would be a sensible way to acclimatise ourselves to the new environment, although they neglected to mention that they themselves had only ever eaten there once before and didn’t care for it.

The major roads are now smoother than before, but routes heading into towns and villages have only seen slight improvement. More worrying now is the plethora of electricity pylons that are either downed or carrying drooping cables. Although I found the electricity supply to be more stable than ten years ago, it was still out for anywhere between 2-12 hours a day.

Before I’m accused of being overly critical or ignoring positive developments, there is a reason I am depicting a 2017 Punjab in this light. For nearly a decade I have had to stomach listening to the progress being made in Punjab, sometimes from relatives, occasionally from peers and often from Punjabi personalities whom I have met in the course of naujawani work. Third World countries are all playing catch up with the West so it is inappropriate to apply the standards of living that we benefit from here to the homeland, but that hasn’t stopped some from propagandising that Punjab wants for nothing (remember those hideous Jazzy B and Harbhajan Mann endorsements ads for SAD in 2012?!)

It has been difficult for me to understand why both western Punjabis and some personalities from the State, argue that great progress has been made, until now; it is because they are disconnected. If your experiences of Punjab begin and end in air-conditioned cars, dining in Haveli or some other fancy eatery, and shopping in security protected glass buildings, then Punjab has come on leaps and bounds. This is an experience that is true the World over, in every major capital and city, where a sheltered trip devoid of the rotting, forgotten and discarded, will determine that you see only a beautiful place. But this is not something I have ever had in Punjab, nor did I want it now for my two year old daughter’s first excursion home; she ran bare foot in the dirt and dust, greeting everybody as if they were family, soaking up the sun and wide-eyed at the raging overnight storms. She saw cows being milked, children toiling in fields, grown men crying at the loss of wheat crops destroyed by fire; she caught a glimpse of the real Punjab and at her tender age is already more connected to the land of the five rivers than so many others.

Why have we allowed ourselves to disconnect from the lives of everyday people, from the joys and labours that go hand in hand in such a heated environment? Are we afraid of where connecting with the Punjab might lead? We are not alone in becoming voyeurs of the World, seeing people, places and moments unfold through a filtered lens, but since when did we want to be like everybody else?