The letter below has been considerably edited from one written by a member of our wider NAUJAWANI.com family to a prominent Sikh twitter user. Social media can be a force for good and change in this World. Sadly all too often it is used to hound people and spread the kind of things you wouldn’t dare speak about in person at home – an example of which prompted this letter to be sent. Although this type of mob-mentality behaviour exists in all communities, it is particularly harrowing when we find a person with the name ‘Singh’ engaging in it. The incident behind the letter below is not of importance, nor do we advise that you seek out further information. What we do hope is that readers will consider the high standards expected of Sikhs in the way they deal with World, especially those who have taken the name ‘Singh’ and so seek to represent the Tenth Master, Guru Gobind Singh.

Given your recent tweets, I have decided to stop following you. Big deal, you have plenty of followers, why should you care?

You should care. Whether you like it or not, you are a role model in our community and there will be people who look up to you that read your tweets. With the name ‘Singh’ comes a level of responsibility. Jumping on an immature bandwagon of single-ing somebody out is quite rash and foolish irrespective of what they have done. I would have expected a somewhat more measured response from a ‘Singh’ especially with regards to such an issue, let alone the child-like retweeting of others derogatory posts.

I have no idea precisely what the video being shared contains or what the relationship circumstances are of those involved in it. What I do know is that something created privately has been published online against the will of at least one party. Unfortunate as that is, what is more shocking is that others like yourself have then decided it is their business to share it on and use it as a form of entertainment, making ‘shoot-from-the-hip’ judgements about those involved in the process. Is this the culture you wish to promote? Do you think it’s right for someone like you to behave like a hound and hunt down individuals without giving them a fair right to be heard, to jump to conclusions?

I’d like to ask you ‘Singh’, what were you doing watching the video? If I were to send you a link to a pornographic video now, would you happily sit there and watch it? If in reply you claim not to have watched the video, then why are you mindlessly jumping on a childish bandwagon on twitter of all places? Are you simply just another sheep in this world that lacks shepherds? Has your upbringing as a Sikh failed you that badly? Or do you genuinely find this whole episode that damn hilarious you have to tweet about it in such a manner?

I wonder if your tweets reveal your true inner misogynistic qualities and sexist traits. I would sincerely hope not. ‘Singhs’ respect females for more than their body or their sexual charms. Where once our predecessors returned kidnapped girls and women hundreds of miles to their homes, they never once took advantage of their position. Moreover when those women were rejected by their families for now being ‘tarnished’ do you know that a bachelor Singh from amongst their jatha would marry her? Contrast that with the slut-shaming and jocularity that abounded on twitter – something that you helped to perpetuate.

I would have supposed your own background being a South Asian person growing up in a predominantly Caucasian country would have taught you about some of the struggles and pitfalls associated with prejudice behaviours and attitude. Or is that simply the pot calling the kettle black and an example of me assuming you’re a decent guy and giving you the benefit of the doubt despite not knowing you (just because you’re a ‘Singh’)? No, it’s not; I expect a ‘Singh’ to represent the name and to me, you have behaved in a very irresponsible and morally reprehensible manner. I am in no position and of no authority to make any demands of you; I simply would like you to think about what you have watched, tweeted about, shared tweets about and had a laugh about – at the very least perhaps you will admit some guilt to yourself for having taken part in this horrible tamasha if nothing else.

You’re an educated mind Singh.
Use it. 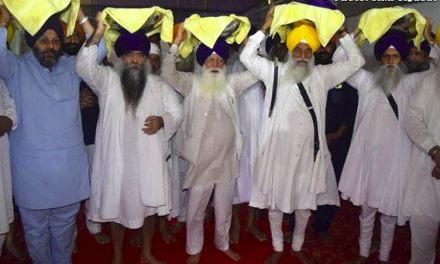