Are we ready to change?

In India, as elsewhere, politics is considered to be the foremost expression of the will of the people. With the onset of Spring, Punjab has recently undergone an election to choose state assembly leaders to represent the will of the people in the state assembly. This is the fifteenth state election for the Punjab assembly. The Congress Party (INC) being a national and old party has ruled the state for a vast period whilst the other political party to win a majority in the Punjab was once the party of choice for the Sikh Panth, the Shiromani Akali Dal. It too has had many years in power, but has put forward an unpopular Chief Minister in the form of Mr Parkash Badal no less than four times. Every individual voter tends to put faith in either of the two parties to better the lot for themselves.

Presently, India as a whole (and Punjab too) is witnessing a system that reorders our society, namely personal relationships and affiliations between individuals, and other relationships concerning wealth, culture, civic associations and the most intimate transactions that characterise our personal lives. All the while this is being pitted against faith which varies from person to person and community to community. But in the shadow of India’s new found nationalism is a perpetuation of the old system that keeps the members of the ‘freedom of expression club’ and also people of minority segments with some kind of understanding under the deep shadow of the established order, which doesn’t allow real dissent or differing points of view.

The elections this past month in Punjab were mainly fought on two issues. Firstly, candidates took a stand against corruption, even though the very ways in which to be chosen for election are corrupt; and secondly for better governance. Excitement builds during elections but succumbs just as quickly after, as the aspirations which are put forward to the people give way to influence by the segmented layers of dynastic politics. It is always one family’s way over the other and practically this means the peoples aspirations are left behind. It is usually then we see the true colours of our candidates who raise the bogey of true Indian nationalism and secularism.

The main casualties in Punjab are people like myself who tend to read between the lines of these civic happenings and can see how peoples emotions are being played with. It becomes hard to digest and increasingly we are dismissed as untouchables and outcasts like Dalits. The Dalits being the single most populated community in Punjab (roughly around 30%) can never think of coming to power but are always used as a vehicle for bigger fishes to ride on and gain power. The same thing is happening to us as Sikhs. We are undoubtedly the foremost power in the Punjab but are without a worthwhile leader who feels proud to be a Sikh or care for the Sikh agenda and the resulting aspirations. Any leader who has tried to do so has been marginalised and brutalised beyond distinction. The very language which makes us Punjabis what we are and despite having being blessed by our revered Sikh Gurus is on the path of extinction. The measles of our society in the form of political leaders and the safeguards installed to protect our language have taken us nowhere, and yet still Punjabi people particularly Sikhs reimpose faith in those politicians in one form or the other.

The Sikh Spring is rapidly escaping us as these elections have shown how fragmented and torn we are. We are helpless before the emerging power of deras, one in particular where our Guru has been mocked and although residing in another state, the head of this dera is being sought out like a living legend; the interests of this dera are bigger than those of our own Takhts and it’s custodians. No Sikh leader has sought the blessings or well wishes from our revered seats of religion but has waited for hours to seek the blessings and support from the heads of dears. This fragmentation and withering of power from within the Sikh faith is a matter of deep concern.

These present elections may have been conducted under strict guidelines from the Election Commission, but people have used every corrupt way to find a chance to represent people and enjoy the fruits of power. The issues which have been plaguing our Sikh nation and our Punjab state have been rarely debated or put forth. Chief amongst these issues is the disintegration of our precious youth and their lustre during the troubled days of revolt in Punjab – that discussion doesn’t find any place now. It has been replaced by greed and the manifestations of selfish behaviour in one form or another. Being a baghi and having paid for it with the precious years of my life too, make me wonder where we stand now. I am provoked in my own psychological state to ponder when we will grow up and feel proud to be a Sikh not just in appearance but in the core sense too. There is a saying popularly used here today by PPP leader Manpreet Badal: everyone thinks to bring about a change. But I ask are we ready to change our own-self first. 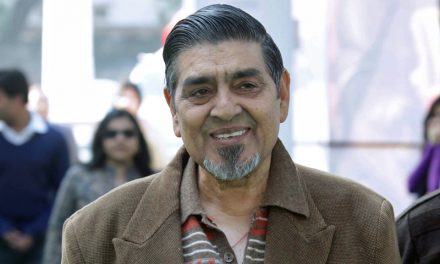