Song of the People

The sad recent passing of Kuldeep Manak has these past few months had me methodically trawling through his life’s work. So many wonderful pieces, vars and bolis, I feel I could forever write in praise of his utterances. Alas, such an endeavour probably requires someone more skilled in the study of music than me, but throughout this process a particular song – of a more recent panache – got me thinking.

Now Manak die-harders will probably want my guts for garters, but the song I intend to mention (as it was the one that got me thinking!) was the recent duet with ADH entitled ubiquitously as ‘Putt Sardaran De’. For the record the lyrics are great but the video pitiable.

Consequently, Akbar goes to war with Jaimal Phatta and the Rajput prince is besieged in his fortress. The women knowing their fate commit suicide, immolating themselves in a tradition known as Jauhar, and the men, knowing that their women cannot now be enslaved, ‘happily’ die to the last man.

This is by any means an awe inspiring saga. Turned into song, it is celebrated as an epic tale of resistance to oppression as manifested in ADH’s lyrics as Jaimal Phatta – ‘Je too hai takhtan da malik, usee ve putt sardaran de’ (If you are powerful/throne King, then we are sons of Sardars) – and Manak’s as ‘Menoo kadu samne oho, jinu jaan pyari nee’ (Stand in front of me, those who have no wish to live).

Now such a song, and indeed such a legend, has a lot of power, especially in contemporary India. Nowadays, we are led to believe that this is a great symbol of collective courage, a symbol of Indian nation-building and a simple story of a Mangal Pandey-like character standing up to Imperialism. In fact Indian legends and folk tales abound with great heroes and villains, all of whom are sung about, Shivaji, Akbar, Lakshmibai, to name but a few. But, at the end of the day, lamentably, all these individuals have one thing in common; ultimately they fought for themselves.

Now just go back to the story of Jaimal Phatta for a minute. Akbar (Manak) says ‘Judon dekhi Phullan rani, mere moo wich ahgaiya pani’ (When I saw princess Phullan, drool oozed in my mouth). Nice. So the two protagonists go to war over a girl and thousands of people on both sides die as a result.

Such nonsense seems to abound in Indian (and indeed the world’s) folklore. Armies clashing and killing for booty, women and land, at the whims of tyrannical and somewhat crazed rulers and princes, makes for an exciting read, but tells us nothing of those who really bore the brunt – the People.

So, in listening to Manak’s song I tried to picture the People, and who, if anyone, was ever on their side. I tried to think of who didn’t use them as fodder for their own gains, who didn’t waste their lives for miniscule titbits of land, who didn’t subject them to enormous taxes in order to furnish their lifestyles – essentially WHO didn’t treat them as nothings? Now my Indian history is quite good but I was stumped – with one exception that is; that being the Khalsa.

Now Sikhs are always keen to describe the religious facets of the Guru’s mission. Ten supreme individuals guiding people to Truth. And that’s fact. Yet what they are often divided about, are their political aims – with opinions ranging from them having no political ambitions at all, to them being astute politicians of which the Indian subcontinent had never seen the likes of before. I’m with the latter. The aim of the Ten Guru Nanaks, for me, was threefold; spiritual, social and political upliftment of all of Mankind. Guru Nanak Sahib, in his Babur Bani, describes the invasion of India by the Mughal Babur. The religious meaning of this passage is well known; that God is Nirvair (without enmity) and does not take sides in wars or human conflicts and hence the protector of all. But the political significance of this passage is that Guru Nanak is seen to condemn not only Babur, but the Indian rulers too, for their unpreparedness in dealing with the threat of invasion (instead focussing on material gain), and ultimately their failure to protect their people.

Indeed in this Bani what we find clearly is Guru Nanak’s concept of the individual and personal responsibility of humans to be directly concerned with oppression and tyranny on this earth, and to resist it instead of either remaining unconcerned about it, or hoping for extra-terrestrial intervention to destroy it. By suggesting this Guru Nanak cleverly elevates the citizen to ruler of his own destiny.

So Guru Nanak creates a foundation, a prelude to revolution that continues with those that follow in his wake. Guru Amar Das crafts twenty-two ‘centres’ of Gurudom representative of a state-within-a-state, and the term ‘Halemi Raj’ is coined by Guru Arjan to signify a rule based on compassion. Yet the conclusion of these religio-political aspirations occurs when the tenth Guru, Gobind Singh, moulds the People into a single corporate body – the Khalsa.

Guru Gobind Singh creates, in the Khalsa, a body that is representative of both a spiritual and political path, and that is fashioned from the People. Thus a new spiritual socialism, where people considered even the dregs of humanity are converted into something powerfully rich, is born. This body goes on to suffer physical defeat after defeat, until it is ultimate victory and the establishment of a Khalsa Raj.

So my question is: where are the songs of the People? True we have Kavishiri’s and Dhadhi’s to be found within the religious spectrum, but where are those non-Diaspora artists who sing about the people? I can count only a handful in Punjab and maybe a few more abroad. Are we as society completely shackled to systems of control and money that we forget day-in day-out that Guru Gobind Singh showed us that power and strength, whether temporal and spiritual, originated and resided with the People, and not with rulers, princes and rajas?

Perhaps we should sing more about the achievements of the Collective than individuals. Songs for the people, by the people and to the people.

Fail to plan, plan to fail 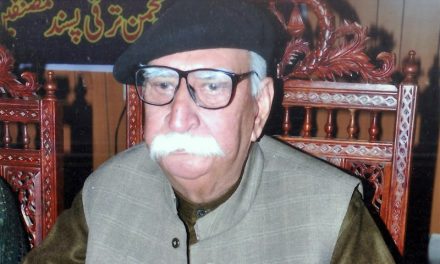