Today I want to share my thoughts about participatory democracy – an expression of the people’s will and their share in this political participation.

These days people are yearning to become a part and parcel of their governing bodies so that they can help shape their lives in a better and more sustainable way. One of the basic skills of life is to think of how to handle the challenges lying before us in different ways. This is more so when you are young and optimistic. The leadership of today, borne out of the many struggles of the past, has moved itself away from certain sections of the society in a way, whether in India or elsewhere in south Asia or even in the developed world. This departure has created a gap in governance and the way we people are being governed. The psychosis of fear is predominant in our thoughts and mind leading to a segmentation in sections of society and the surrounding World.

The recent upheaval of a sort in India has brought to attention the gap between those left out and those on the inside. Over time the governing class has developed a level of toxicity which some people think is making them immune to certain fallacies emerging in society. People power (in India, namely the rising of mobs by raising a deep emotional issue like corruption) has generated a thrust which has led to conflict between the Parliament and general people. The result is the creation of another layer of laws to help strengthen the seams tightly gripping the common man, keeping him or her in ‘their place’. Moral concerns and political drawbacks are thought to be corrected solely by the making of new laws.

My own thoughts are somewhat different. Too many laws don’t hold or help develop congenial surroundings. We rebelled against the times of 1984. The result was that we helped, in a manner of speaking, to create more aggressive and tight-lipped surroundings where freedom of expression has become the biggest casualty, especially if you are a lone dissenter. Things are different if you create a mob around you of the people, as has happened recently and many times before. No doubt as we look around across the world from Serbia to Sudan, from Afghanistan to Zimbabwe, acts of defiance by the common man acting individually or in groups have helped create a new beginning and unfolded many seemingly indestructible regimes and dictators, helping to bring about a radical change and even develop a greater moral order in some places. People like Vaclav Havel of the Velvet Revolution engaged in small acts of resistance which went on to create a bigger impact, taking the people with it. Gandhi’s Salt March had a huge impact in shaping the politics of his time as the people picked up his idea. In our Punjab, a small section within Sikhs did try to create a moral order, but was unsuccessful. Anna Hazare’s small defiance of authority recently has helped to generate a renewed feeling in people that they can make a difference, though whether this will lead to better governance or not, only time will tell.

These acts going on around us generate a feeling among those who are suffering to feel less afraid. Conversely, those who are causing suffering begin to feel more afraid of the change that may yet come. History has illustrated that all acts of change do not correspond to reality. Every individual surrenders some form of freedom and themselves when they acknowledge a form of social or political authority. In some corners, youth has also shed passivity to attain the potential of creativity and to help shape their surroundings. The need of participatory democracy is to lessen the load of laws, lessen fear among people and to create awareness about shaping mindsets and morality so that the saying of the famous Roman philosopher Seneca – “He is most powerful who has power over himself” – becomes a reality. 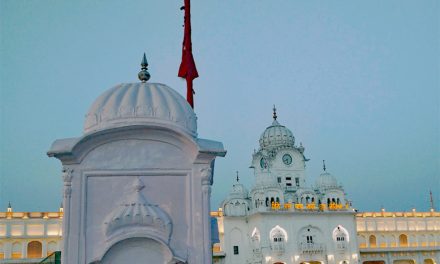 Darbar Sahib is still under attack

I don’t look back in anger