The news that comedian and actor Robin Williams committed suicide earlier this week has been met with shock and sadness around the World. The subsequent reports that have suggested he was suffering from depression which led him to take his own life have brought into focus the stigma that still surrounds the illness and suicide itself. How can this be overcome?

Robin Williams was one of the most accomplished comedic actors of the last thirty years featuring in award winning films like ‘Good Will Hunting’, ‘Mrs Doubtfire’ and ‘Dead Poets Society’. Having become a household name through 1980s television show ‘Mork and Mindy’, Williams’ brand of energy and infectious characters became his trademark and led to immense success confirming his place as a Hollywood staple. Like so many celebrities, on the face of it Williams was living the dream, but behind the public face there was more going on than we could see. In recent years he had married for a third time and seemed to be happy, but reported financial anxieties which resulted from two previous marriages are said to have weighed heavily on his mind. How much that contributed to his state of mind this past week we might never know, just as we might never come to know of anything else that led to his depression, and just how he came to the conclusion that ending his life was the only solution.

Although mental well being now has a significant place in society alongside physical fitness, depression and other similar afflictions continue to be misunderstood, and in some parts of the World remain taboo subjects. Many South Asians have a family member or relative who has or is suffering from depression, but will not openly discuss it. In the same way too many will know the pain of suicide but will not even bring themselves to say the word aloud, particularly in the Sikh community where over three decades of farmer suicides have hardly left a village untouched in the Punjab. I know this feeling only too well for my mother’s eldest brother whom I never got the chance to meet, committed suicide in 1988 after a sequence of events which led him into a state of depression. His were monetary problems coupled with a defamation of his professional character which was sadly only withdrawn after his death. My mother simply cannot utter his name without breaking down in tears at the thought of what he went through in his final months – at what led him to see no alternative but to end his own life. Although this is something we have discussed within our home, it is a sensitive issue and has not been probed like other topics, or indeed discussed more widely outside of the immediate family.

When news broke about what had happened to Robin Williams I received a message from a friend asking me what the Sikh stance was on suicide. There is a commonly espoused myth that Sikhi rejects suicide as a course of action because it is meddling with ‘God’s will’. This assertion is categorically false; unlike many of the other Eastern traditions, the Sikh way of life proposes that it is our actions which constitute ‘God’s will’ – something that we can better term as the Divine Design in the Sikh lexicon. When we act, we do so of our own volition and whatever it is that we do, is in fact what is ‘meant to be’. In my opinion, Sikhi looks at suicide as an action that is largely undesirable because it is a voluntary action which removes an individual from the human experience; life is filled with both pleasure and pain and Sikhs believe that it is whilst alive that we come to self-realisation and ultimately emancipation. Relinquishing the opportunity afforded to our conscious existence here in this World is thus ill-advised. This advice is however of little consolation to an individual who can see no alternative other than to end their own life. Mine are, even to the casual reader of this website, little more than idealistic words I would guess, when not seen within the bigger picture of Guru Nanak’s revolution.

We sometimes too readily reject pain in our lives, but in fact it is just as vital to our progression as pleasure is. One does not seek out painful experiences, but our strength in the face of adversity is what helps us to become stronger still. That being said, it is only through a deeper understanding of one another and the problems that we all face, which will help people to see that we are not alone in our suffering and that ending life is the only option left. Both as individuals and collectively, it is our responsibility in society to foster a more loving environment; one in which people feel more comfortable sharing their problems and where we can resolve the concerns of our fellow man. The person committing suicide has in part been let down by society. Until we talk more openly about suicide, depression and the remaining taboos in our communities, they will not be overcome. 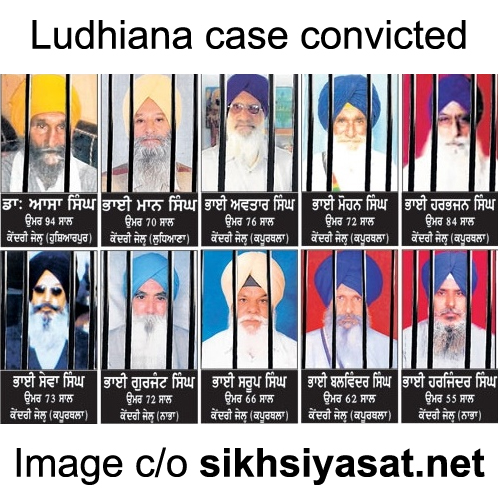