The Punjab is a Theatre

With the harvesting of wheat over in Punjab, the new season brings a renewed yearning and creativity in to the minds of rural Punjabis. Whilst the stage is now set for the sowing of new crops, quite literally the stage is set for Punjab’s theatre season which will depict the images and issues from day to day life in Punjab. Theatre is like holding a mirror up to society and encouragingly this increasingly popular art will be played out in the rural districts of Barnala, sangrur and Bathinda amongst others.

Winner of the Sangeet Natak Academy’s Punjabi Writer award in 2010, Atamjeet Singh is presently working on a play named ‘Panchnad Daa Pani’. Based upon two short stories by Manmohan Bawa, the play talks about the Tughlaq period of South Asian history and will open in July. The narrative is historical, but Atamjeet Singh uses the play to raise some contemporary issues such as the rights of women and dalits. The play walks through paap and punya (sin and virtue) to show how one persons wrong is anothers right and the audience join the charaters to discover that reality is multi-layered.

Another playwright, Amritsar based Kewal Dhaliwal of the Rangmanch Society is busy staging a play titled ‘Haq’. Written by Dr Swaraj Bir, the play is staged in Amritsar dealing with the issue of concrete eating-up the historic city of Amritsar. Once a land of lush green orchards bearing pears and other fruits, this city is now slowly but steadily being converted into colonies and avenues and as a result the beautiful place is disappearing into a grey, cement jungle.

Playwright Samuel John is producing work that concerns the labour class of rural Punjab. ‘Baagan Daa Rakha’, ‘Main Narak Ton Bolda Haan’, ‘Keerti’ and ‘Daseya Hoiya Aadmi’ all revolve around the lives of these workers and the problems they face to survive. He depicts and plays out his art in the labour colonies and sometimes even in the verandas of there houses. ‘Baagan Da Rakha’ talks about the children of labourers and depicts their starvation. ‘Main Narak Ton Bolda Haan’ depicts a story about a man and his pet dog – when both die, the man goes to hell and the pet dog goes to heaven suggesting the man is so deprived that he cannot stand up for anything, while the dog strives to survive against all odds. Now the writer who works for earnings of flour and wheat is taking his work to the rural belt of the Malwa.

Similarly, a theatre festival organized by the Suchetak Kala Manch from Mohali is coming to the Malwa in June. They will bring to life four older productions including ‘Katha Ridte Parinde Di’ and ‘Chidi Di Amber Wal Udaan’ both written by Shabdeesh and ‘Kuj Ta Karo Yaaron’ written by Pali Bhupinder. “Practising theatre today is not a late evening pastime, but a serious art which seeks to deepen the audiences’ understanding of life in all its manifestations” says Sahib Singh, an acclaimed actor, director and playwright of the region. He has written as many as 57 plays, given over 300 performances for the Adakar Manch Mohali and is currently organising the 4th Theatre Festival in Chandigarh.

Theatre provokes us to think about our happenings and the relevance of them in our lives. That is why theatre is an integral part of our existence and on our search for meaning in life. A couple of years ago I saw a play by Prof Jaura of Punjab Agricultural University named ‘Swami’. This play concerned the role of babas in Punjab’s rural life and how they are misusing their religious positions to propagate unhealthy messages and create misconceptions in the minds of innocent rural folk, mainly women. The main cast were talented university students and the play was very successful, travelling even into the western world.

The Punjabi Universities theatre section produced a play named ‘Neauh Jarh’ written by world renowned Punjabi writer Ajmer Singh Aulakh. The play girl was about female foeticide in Punjab and was very well received, helping to create a meaningful debate in literary circles. Sikh issues as well as broader one can be rightfully debated through the help of theatre like the play prepared by Harpal Tiwana’s group ‘Sirhind the Deewar’ which played out for many years successfully. Many plays are being staged by leftist-leaning groups to help create a debate about the mishaps going on in our social arena and how to generate awareness of the problems we face. Theatre has a very constructive role and the more it is encouraged the better it is for us. In India as a whole, theatre is much more developed in Mumbai and Calcutta, whilst in Punjab it is mainly prominent in Chandigarh and Patiala. There is a long way to go before the type of theatre seen on Broadway emerges in Punjab, but when it does it will surely go some way to help fill the gaps in our society. 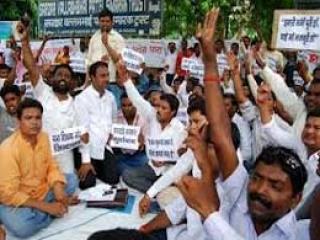